New Discovery: The Largest Dinosaur, 'The Spinosaurus' Was Not Well-Adapted To Aquatic Life

Scientists from the Queen Mary University of London have discovered evidence to show that the Spinosaurus was not really an aquatic predator. For years, paleontologists all over the world have been perplexed by this river monster. 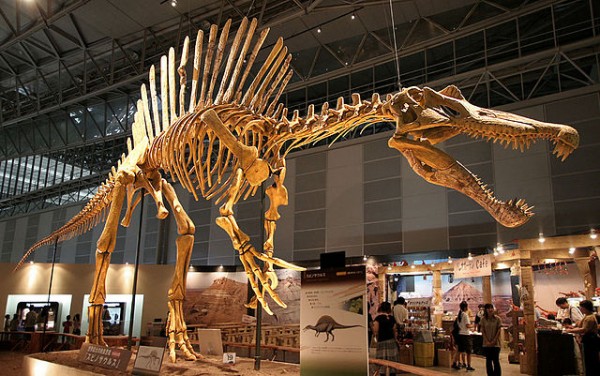 According to previous research, the spinosaurid dinosaur inhabited the Sahara desert 100 million years ago, where it fed on prey from the water and swam with its tail. However, more details have come to light suggesting that the Spinosaurus wasn't well adapted to water as had previously been thought.Yes, it lived near the river but it was somewhat of a 'flightless giant bird' and only caught prey available at the river banks. This recent research was published at the Palaeontologia Electronica.

During the study, the skeleton and skull of this predator were compared to other aquatic dinosaurs that lived both on water and land. Researchers at Harvard university gathered the fossils, organized them, and captured the anatomy using photogrammetry. After that, they then made a model of the tail so that it copied swimming movements,

Evidence found didn't support the theory that it strived actively in water. They discovered that the spinosaurus was more of a wading giant as opposed to a swift water predator. It's swimming abilities can be compared to that of a crocodile.

Lead author and senior lecturer at Queen Mary, Dr. David Hone said the biological findings of the Spinosaurus has been of great concern to scientists for years, some evidence believed they were agile and pursued their preys in the water. And others believed that they could thrive in water but they were not fast and efficient

Tom Holtz, a co-author, and lecturer at the University of Maryland maintained that the Spinosaurus was a weird animal, and attempting to understand it would prove difficult. "It is a strange and unlike any living animal in the modern world". Paleontologists can only use the proofs they have gathered and try to understand its way of life. But so far, no semblance has been identified between it and other aquatic predators like the plesiosaur or sea-lion. 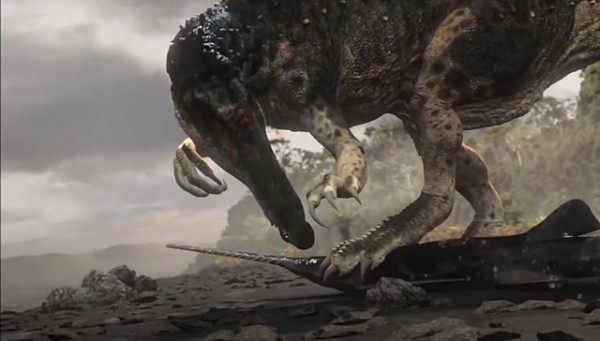 The Spinosaurus is the largest carnivorous dinosaur. Their skull was narrow, low, and resembled that of a crocodile. They had claws,fat limbs and straight teeth. It stretched between 12.6 to 18 meters according to studies in the early 2000s. Their original remains were destroyed after world war II.

The Spinosaurus, a name which translates to "spine lizard" was first identified in 1915 when it's remains were discovered in Egypt. Later, a tail fossil of a closely related species of the lizard was discovered in Morocco. This debunked the theory that the creature only lived on the land, it was in fact well adapted to swim with its fin-like tail.

Dr. Hone believes that the study has provided clear evidence of the behavior and ecology of the Spinosaurus. But there are so many unanswered questions. He suggested that further studies needed to be done and ideas should be reviewed. "This won't be the last word on the biology of these amazing animals," he said.