The two new dinosaurs recently discovered by farmers in Liaoning province in northeastern China is now named Changmiania liaoningensis, which means "eternal sleeper" in Chinese. The two dinosaurs appeared to have been buried alive, with eyes closed as though they were asleep.

An international team of paleontologists from China, Argentina, and Belgium identified the fossilized remains of the two previously unidentified dinosaurs.

The research team published their findings in the journal PeerJ on September 8. The research team described the fossils, their name and showed possible clues for the excellently preserved fossils.

The Lujiatun Beds, where the remains were discovered, is a well-known archeological site for its extraordinary fossils. An ancient volcanic eruption covered the area in debris, covering other creatures as well.

The site is likened to Pompeii, the Roman City in 79 A.D. that was well preserved by a powerful eruption from Mount Vesuvius. Unlike Pompeii, however, the Lijiayun Bed's volcanic eruption happened in the Cretaceous period, approximately 125 million years ago, in which the "eternal sleeper" dinosaur fossil is also dated. 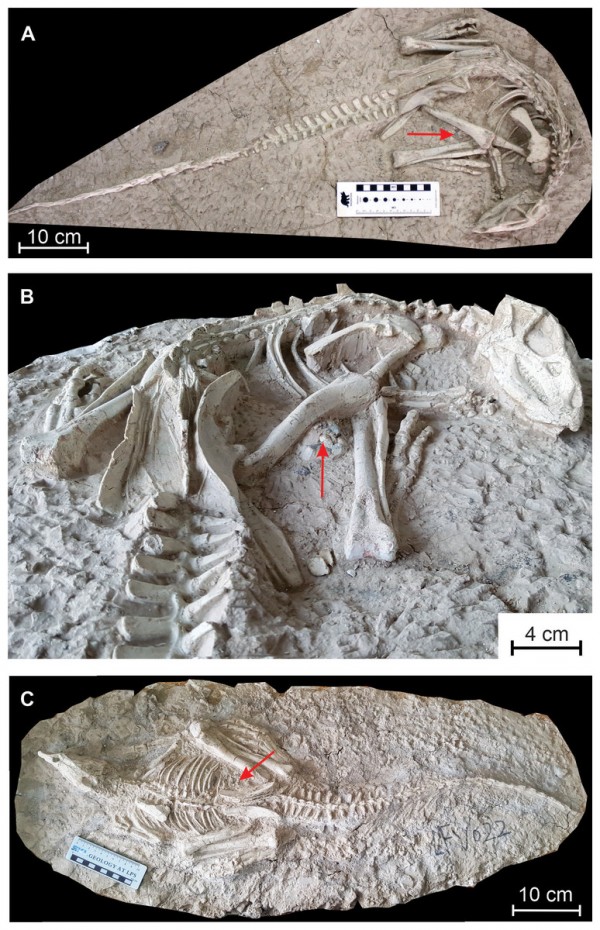 The study team suggests that both dinosaurs were in perfect condition while looking as if they were asleep because there may have been a volcanic eruption while the two dinosaurs were slumbered in their burrow.

Scientists also say it belongs to the early ornithopods, the first herbivorous dinosaurs that walked upright on its large hind legs and burrowed in the ground, much like the modern rabbits.

The researchers deem that the Changmiania liaoningensis was a swift runner, as its powerful hind legs and long, stiff tail suggests. The newly discovered dinosaur is also believed to be an expert burrower.

As mentioned earlier, the fossilized dinosaurs were found in pristine condition. The two dinosaurs are estimated to be over a meter long had it been alive. It also has a long, inflexible tail.

Snouts are shovel-like in shape, making them dig faster and more efficiently. Its neck and forearm appear short but intense. The shoulder blades resembled those of modern burrowing animals.

READ ALSO: New Dinosaur Species Related to the T-Rex Found on the Isle of Wight

The burrows where the dinosaurs slept must have collapsed from the weight of debris from the volcano, preventing the dinosaurs from burrowing for escape.

However, they note that the C. liaoningensis dinosaurs must have dug their burrow in an "unstable reworked volcanic material just after the debris flows." However, the researchers note that the explanations remain pure speculations as farmers excavated the fossils and not the scientists; thus, specific details may not have been studied.

The tail, the researcher's note, was stretched to stiffness.

The researchers also found small clusters of rocks near the stomach area of one of the "eternal sleeper' fossil dinosaurs. These rocks may have been gastroliths or stones that animals like the modern birds swallow to aid in food digestion.

READ NEXT: Mammoth Skeletal Specimen Found Well-preserved from a Lake in Siberia

Check out more news and information on Dinosaurs on Nature World News.