Rivers in US are Getting Darker Colors, But No One's Alarmed Yet 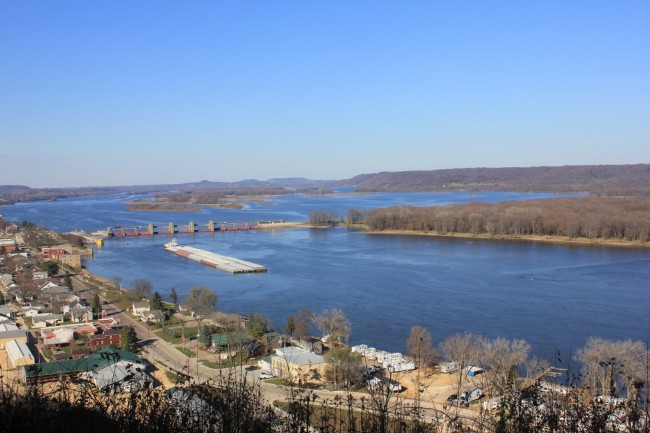 A view of the Mississippi
(Photo : Goodfreephotos_com on Pixabay)

Rivers are an essential part of a place's ecosystem. It connects multiple bodies of water; it also serves as either the home of or the source of resources for both wildlife and human inhabitants of the area.

They may seem immutable at first, but they are actually changing over time. And, sometimes, these changes are not always for the better.

A new study discovered that American rivers are greatly changing over the past decades.

The researchers managed to compile satellite images of United States rivers from the 1980s until 2018 and saw that about a third of them have significantly changed in color over the last 40 years.

They were still unsure about the total extent of the color change's environmental impact, but the scientists are sure that the primary reason behind it is human activities.

According to the study's lead author, a University of Pittsburg geology and environmental science associate professor, John Gardner, the changes in color could reflect the various ways humans interact with and impact the environment.

A stark example from the study is the rapid change in the Lake Mead's coloration along the Colorado River. Because of the decline in water levels since the early 200s due to the increase in water demand and the occasional drought, the water's color has gone from a blue and green to a darker yellow brown-ish hue.

The Double Mountain Fork Brazos River in Texas, on the other hand, went from yellow to blue and green after a dam was built in the early 90s.

The researchers also pointed out that there are other cases when the color shits are caused by a seasonal trend. For example, the lower areas of the famous Mississipi River changes steadily depending on the season. 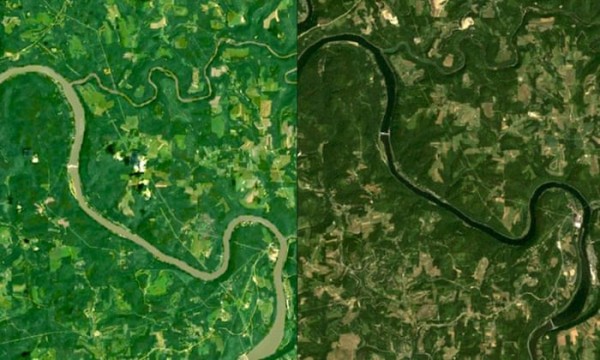 According to Gardner, they saw that rivers going downstream of dams had river color patterns that show dam operations. Shrinking reservoirs and being close to large metropolitan cities also affects the long-term coloration trends in rivers.

"Rivers - comparatively to other ecosystems - are super degraded since they drain our landscapes," he added. "We use them heavily for all sorts of things for drinking water and transportation."

Both Federal and State governments have been legislating various statutes to ensure that the United States' water quality improves rather than degrades. An example of these legislatures is the Clean Water Act.

But, it was pointed out that the water's color is not always the indicator of a decline in water quality.

According to Yale's School of Environment professor, Gaboury Benoit, it can also reflect an improvement like in places where fewer industrial or agricultural wastes and by-products enter the water.

"Stricter enforcement of parts of the Clean Water Act are helping to reduce pollution coming from urban land use," he said in an email. "What remains problematic is agriculture, which has enjoyed exemption from many water quality regulations."

Whatever the total extent of the changes in water coloration, it would be in every citizen's best interest to ensure that water conditions should continuously improve.

ALSO READ: Study: Disinfected Water May Not be as Clean as Everyone Thought or Dystopic Water: Scientists Turn Smart Aerogel into Drinking Water