One-Fourth of All Reptiles, Many Endangered, Can Be Bought Online

Out of all the reptile species on earth, a lot of which are already endangered, one-fourth are available in the online trade.

This was the shocking result of a new study published in the journal Nature Communications, which discovered that the reptile trade online is much more extensive than thought. Furthermore, their trade is not protected nor regulated by the international community.

The study authors scoured the internet for all reptiles being sold worldwide. The search turned up a total of 3,943 species, comprising over 35 percent of all species of reptiles globally. These are being traded for more than 20 years now, and 2,754 of all transactions are conducted online.

Xishuangbanna Tropical Botanical Garden ecologist and study author Alice Hughes said that they were overwhelmed by the staggering number of traded species. 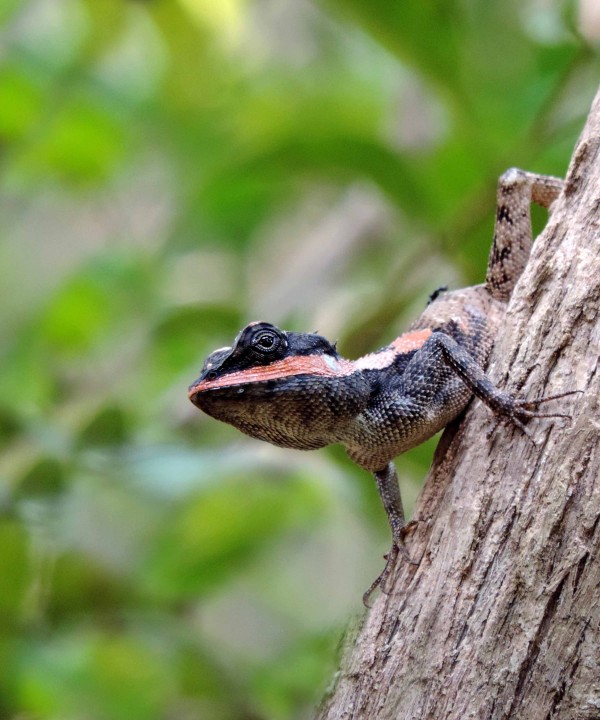 (Photo: Wikimedia Commons)
Out of all the reptile species on earth, a lot of which are already endangered, one-fourth are available in the online trade.

READ: New Fossil Reptile Species Discovered, Named After A Character from 'Lord of the Rings'

It is easy to buy reptiles online, with both rare and common species available. Some are even newly discovered. Over 75 percent of reptiles traded are not included in any trade regulation or agreement. The Convention on International Trade in Endangered Species only regulates species in order to ensure that trading is sustainable.

Many new, under-studied threatened, and endangered species are not included in trade regulations as well. Hughes says many endangered reptiles are legally traded.

In addition, over 30% of reptile species have not been given any conservation status by the IUCN Red List, currently the most comprehensive inventory of all species in terms of conservation status. Hughes says that reptiles are given less attention as well as less funding compared to other animal groups.

The study authors compared the reptile species being sold online with species already included in the CITES and regulatory lists. This allowed them to quantify the level of the trade not perceived by previous assessments.

A total of 151 sites that sell reptiles for the last two decades were gathered. They also included five separate languages, but not the selling which were conducted on social media platforms nor the dark or deep web.

The team found that the Amazon and Southeast Asia were the hotspot regions where most of the traded species come from. Meanwhile, the largest volume of purchases were made by US and EU buyers.

Over 80 percent of species that are critically endangered were also traded in the name of fashion. Ten percent are bought as pets. For the last 10 percent, these were used as food, medicine, or as decoration. Sadly, over 90 percent of traded animals were wild caught.

Hughes says that according to existing data, millions of reptiles have already been traded in 20 years. Prices ranged from 10 to 20 dollars for common species to thousands for rare species.

As a precautionary measure, the study authors recommend that trade regulations be revised to first require proof of sustainable trade for the species prior to being sold.

This measure will protect seldom-traded and rare reptile species that are vulnerable from trade due to unavailability of data of their status.

Hughes says they are not against reptile species being in the online trade, only against their collection from the wild without knowing their endangered status or the impact of trade on their population.

READ NEXT: Scientists Solve the Mystery of the Movement of Flying Snakes

Check out more news and information on Frogs and Snakes on Nature World News.