A team of scientists discovered the Carnian Pluvial Episode, the major extinction of life event which occurred 233 millions of years ago that triggered the age when dinosaurs dominated the world.

The researchers, an international team from the China University of Geosciences at Wuhan and the University of Bristol's School of Earth Sciences, published their findings in Science Advances on September 16. Prof. Jacopo Dal Carso leads the study team. 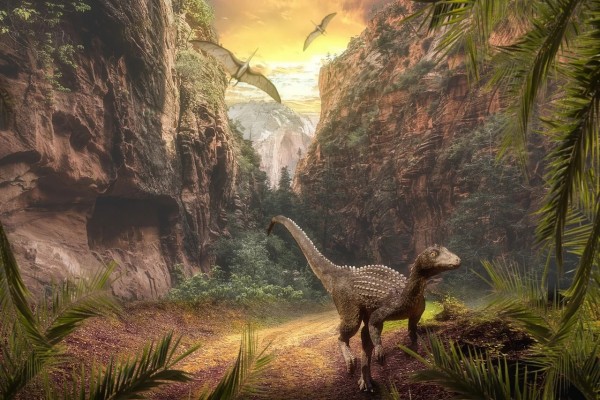 (Photo: Pixabay)
A team of scientists discovered the Carnian Pluvial Episode, the major extinction of life event which occurred 233 millions of years ago that triggered the age when dinosaurs dominated the world.

READ: Origin of the Swiss Alps and Molasse Plateau Basin Reexamined Due to New Evidence

The event was most likely triggered by massive eruptions in the Wrangellia Province of western Canada. Meanwhile, on the west coast of North America, it rained of lava, leading to a thick layer of basalt.

The volcano eruptions were so massive that it prompted a release of vast amounts of greenhouse gases like carbon dioxide. It also triggered global warming.

The climate change also had increased rainfall, prompting a humid period that lasted for one million years.

The rainy period was discovered in the 1980s by Mike Simms and Alastair Ruffell, giving the phenomenon a name.

The Proliferation of Dinosaurs and the Birth of New Plants, Animals, and Marine Life

After the Carnian Pluvial Episode, researchers said the arid conditions returned. New groups took over after the extinction event, which prompted the formation of more modern-like ecosystems.

The change in climate also fostered the development of new plant life and the proliferation of the modern conifer forests.

According to a member of the study team, Professor Mike Benson from the University of Bristol's School of Earth Science, "the new floras probably provided slim pickings for the surviving herbivorous reptiles."

Benson also noted that dinosaurs already existed 20 million years before the event but were rare until the Carnian Pluvial Episode. The arid conditions after the humid episode seemed a favorable condition for the dinosaurs.

Carnian Pluvial Episode was also significant as it was the period where numerous groups of plants and animals: the first of turtles, crocodiles, lizards, and mammals appeared.

More than the land-based flora and fauna, marine life such as modern-style coral reefs, several modern groups of plankton, and significant ocean chemistry and carbonate cycle changes commenced from this event.

Origins of the Modern Ecosystem

So far, five major mass extinctions have been identified in the past 500 million years. The discovered extinctions had a considerable impact on the Earth's evolution.

Jacopo Dal Corso said the newly discovered extinction event played a significant role in "helping to reset life on land and in the oceans, marking the origins of modern ecosystems.

The "explosion" among many groups and the transition towards modern-style ecosystems was impressive, the researchers note. Although there are many things unknown about the Carnian Pluvial Episode, Prof. Dal Carso hopes that more researches in the future will provide more details about the extinction and radiation of species that followed.

Check out more news and information on Dinosaurs on Nature World News.