How to Stay Protected from Toxic Drinking Water Caused by Wildfires

Wildfires can be the cause of toxic drinking water running through water pipes, and it is essential to take steps to correct and prevent the problem. The US is not even halfway finished with the wildfire season this year, and vast areas in the western regions of the country continue to be ravaged.

Wildfires have affected areas with human settlements, causing damage to networks that distribute drinking water to communities. Many of these water systems can suck pollutants and contaminate the water when they lose pressure.

Many utility companies have issued warnings regarding potential and actual contaminations. 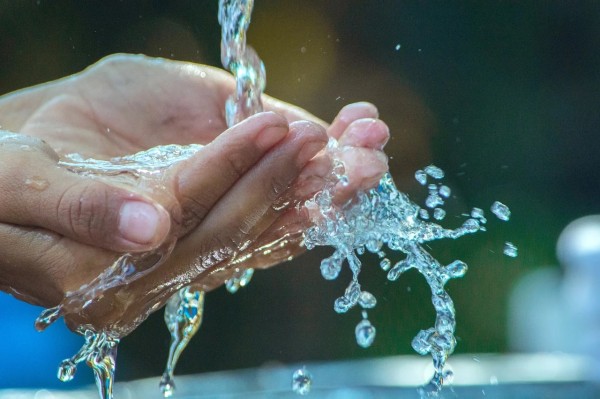 (Photo : Pixabay)
Wildfires can be the cause of toxic drinking water running through water pipes, and it is important to take steps to correct and prevent the problem. The US is not even halfway finished with the wildfire season this year, and vast areas in the western regions of the country continue to be ravaged.

After the occurrence of wildfires, tests on the drinking water of areas affected by fire confirmed the presence of carcinogenic and toxic pollutants. Such contaminants make household tap water unfit for drinking or even treatment. It is possible to cause extreme contamination in water pipes inside buildings and pipes installed underground.

In such cases, toxic chemicals have been thought to have come from the combined contributions of burned vegetation, burned artificial structures, and burned plastics. Airborne chemicals can also be sucked into many fire hydrants due to the loss of water pressure.

Some damaged and decomposed plastic components of the system leach chemicals directly into the water. These toxic substances are then distributed throughout pipe networks and into houses and buildings.

Local and state agencies have conducted limited testing of water. Results showed the presence of naphthalene and benzene at doses capable of producing acute harm upon exposure.

Harmful to the Body

These chemicals are called volatile organic compounds that quickly get evaporated and are carcinogenic. Every single one of them may cause nausea, diarrhea, and vomiting upon exposure at high concentrations, however briefly.

The simple opening of the water faucet can already release these volatile compounds and permeate the immediate air. Worse, when the water is heated and used for cooking and showers, their entry into the air is facilitated even faster, causing a higher risk of inhalation. A number of these compounds can also get absorbed by the skin.

A study on the areas affected by fires recommended that communities upgrade building codes that help prevent water contamination. Besides, aggressive action is also needed for protection from toxic exposure.

Water should not be used before laboratory testing after significant fires have occurred. It may be used for flushing the toilet and fighting fire, but must be limited for use in drinking, inhalation, skin exposure, cooking, and bathing.

Smelling toxic drinking water is also dangerous since many of the toxic compounds are odorless. Only testing can conclude its safety.

Before testing results, be wary of home water treatment gadgets and filters, for they cannot safely remove toxic substances.

Instead, the government must ensure a safe emergency supply of water to the public.

Building codes must be updated to incorporate requirements for meter boxes to be fire resistant and located away from flammable vegetation. A material of choice would be concrete and the inclusion of the least amount of plastic components. All plastics are vulnerable to heat and fire.

One-way valves can also prevent the underground pipe network from being contaminated. It is way past time to upgrade these codes to prevent wildfires from causing toxic drinking water in water pipes.

Check out more news and information on Potable Water on Nature World News.