Seattle is a new source of strange events, particularly unusual weather, this year since the state had more tornado warnings than certain parts of Tornado Alley, specifically Kansas.

The strange event, unusual as it was, is entirely accurate, even if it is unprecedented. The Seattle office of the NWS or National Weather Service has already issued four tornado warnings in 2020. Strange as it already is, what is even more bizarre is the fact that all these warnings were all issued only in January.

Seattle's tornado season, however small or insignificant it may be compared to other Tornado Alley states—and if it is at all proper to call two tornadoes per year on the average as a "season"—is usually during the spring months.

And so, both the frequency of the tornadoes this year and the month they occurred are genuinely bizarre. 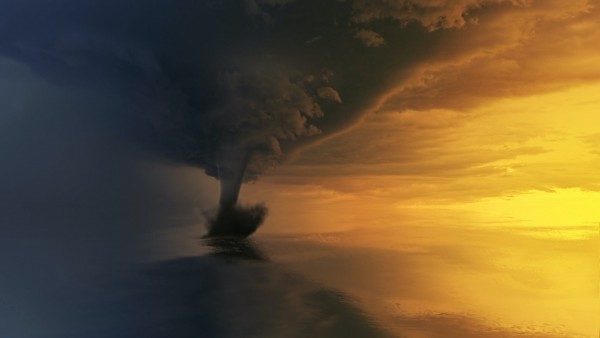 (Photo : Pexels)
Seattle is a new source of strange events, particularly unusual weather, this year, since the state had more tornado warnings than certain parts of Tornado Alley, specifically Kansas

The tornado warnings in Washington state were all clumped last January 21, which formed as rotating tropical storms arriving in series. It moved from the Pacific Ocean and onto the coast.

For a brief period, there were four Tornado Warnings issued in Hoquiam, Aberdeen, some parts of central Grays Harbor County, and Quinault. Doppler Radar readings indicated the presence of rotation and the possibility of tornadoes.

Fortunately, no actual tornadoes have been sighted, and there were no reports of any damages. The four warnings were then quietly canceled and expired after a while.

The Tornado Warnings issued in Washington came six hours after the touchdown of an actual tornado on the northern coast of Oregon.

The forecasters of the NWS or National Weather Service station in Portland reported that the EF-0 level tornado raged for approximately one-fourth mile, leaving behind it some minor damage on two Kahnie Trail Loop properties. There were no injuries reported.

They are very rare in the region of the Northwest Pacific. More than five years have passed, or 1,925 days, when the Seattle NWS issued the last warning before the January Warnings. It has been more than nine years since Spokane issued a Tornado Warning.

The Midwest has its share of dangerous tornadoes. So far, ten warnings have already been issued in Kansas' Dodge City and a few dozen in Oklahoma. So far, southeastern Kansas has not been visited this year.

As for Seattle, it remains to be seen whether this unusual weather anomaly will become a new normal if more tornado warnings are issued in the coming years compared to Tornado Alley and Kansas.

READ NEXT: Minnesota Tornadoes: One Dead Among Damaged Farmsteads

Check out more news and information on Tornadoes on Nature World News.