Packaging Makes Up 33% of Plastic Waste, but What Other Types Contribute to Its Accumulation?

A new study by researchers from the University of Michigan showed how 66 percent of all the plastics and plastic waste in the U.S. in 2017 were for purposes such as electronics, furniture, home furnishings, cars, building construction, and other consumer products. There is a severe lack of recycling done with these materials.

The focus given to the growing problem of plastic waste is often limited to reducing single-use packages like films, tubs, bags, and bottles. According to senior study author and University of Michigan School for Environment & Sustainability Center for Sustainable Systems director Gregory Keoleian, managing this waste has become a complex challenge. 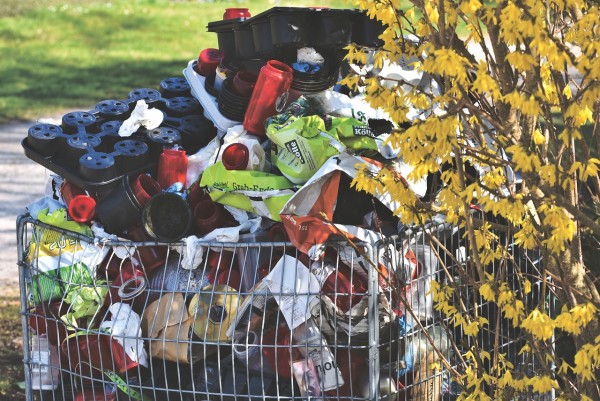 (Photo: Pixabay)
A new study showed how 66% of all the plastics and plastic waste in the US in 2017 were for purposes such as electronics, furniture, home furnishings, cars, building construction, and other consumer products, and that there is a severe lack of recycling being done.

He says that the particular problem of plastic packaging deserves the current efforts in reducing and managing them. However, not all plastic wastes come from packaging.

The study published in Environmental Research Letters shows that while the packaging may be the largest market in the country, two-thirds of plastics used commercially belonged in other markets. Keoleian said that the other sectors pose unique challenges and opportunities in shifting toward a circular plastics economy.

The authors say that their study is a pioneer in comprehensively characterizing plastic use in the entire U.S. It concludes that recycling in the country are lower than past estimates, citing that a mere 8 percent of all plastics discarded in 2017 had been recycled.

Past estimates, including that provided by the U.S. Environmental Protection Agency, mainly narrowed their focus on municipal landfill solid waste, which were primarily packaging and containers. Plastics coming from construction wastes, demolition wastes, and vehicle shredder residues were included in the new study.

Adding those waste sources means that the EPA estimate of 8.4 percent is much lower in actuality. A staggering 76 percent of plastic wastes was merely buried.

Goals of the Study

The research team's material flow study described in detail one year of plastic production, usage, and disposal. They used the best data available from industries and other public information sources. It set the goal of generating a map for guiding policymakers, academics, and initiatives in forming a sound program of accelerated reduction of plastic wastes.

This map is intended for material scientists, engineers, producers of resins, producers, and designers of products and packaging, operators and innovators of material recovery facilities, retailers, and solution-oriented, policymakers, and researchers.

According to Keoleian, the map details the process from plastic production to waste management, tracking plastics type, and various markets. The researchers treated the scale of the plastics problem through a broader perspective to come up with impactful solutions.

The study says that plastic contamination and accumulation in the environment is an ever-growing problem. It also stated that most of these plastics came from fossil fuels, and global production constitutes roughly eight percent of worldwide yearly gas and oil consumption. Carbon emissions produced from the 407 plastic tons produced worldwide in 2015 is 3.8 percent of the total greenhouse gas emissions during this year.

The authors say that solutions will be myriad, and improved coordination of those involved in the entire process from design to production up to disposal is needed. Unmoderated plastic production causes an unacceptable amount of plastic waste that does not undergo recycling, which is not only a massive waste of resources but also a disruption in the function of ecosystems and wildlife.

READ NEXT: Study: Five Popular Kinds of Seafood in Australia Had Microplastics

Check out for more news and information on MIcroplastics on Nature World News.