MV Wakashio struck a coral reef in the Indian Ocean on July 25, and it has since begun leaking tons of fuel into the surrounding waters of Mauritius.

The incident prompted the Mauritius Prime Minister Pravind Jugnauth to announce a state of environmental agency on Friday. He also asked for help from France President Emmanuel Macron in handling the disaster as Mauritius does not have the skills and expertise to refloat stranded ships.

Reunion, a French Island, is near Mauritius in the Indian Ocean.

The ship is Japanese-owned but is registered in Panama had approximately 4,000 tonnes of fuel aboard. The crew had abandoned the ship. 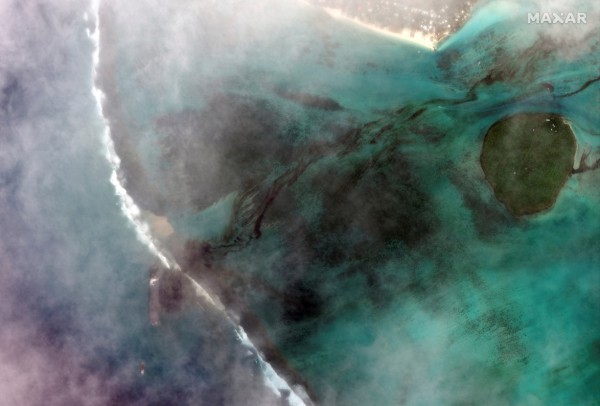 (Photo: Maxar Technologies/via REUTERS)
A satellite image shows the bulk carrier ship MV Wakashio and its oil spill after it ran aground off the southeast coast of Mauritius, August 7, 2020. Satellite image 2020

Mauritius is known for its coral reef, and tourism plays an essential part in the nation's economy.

According to Happy Khambule of Greenpeace Africa, "thousands' of animal species may drown in a sea of pollution, leaving dire consequence for Mauritius' economy, food security and health.

The MV Wakashio is now lying at the Pointe d'Esny, a wetland area near a marine park.

The environment ministry tried to pump out the oil and stabilize the vessel but was forced to stop the operations due to rough seas. The police are now investigating the spill.

The Fishing Minister Sudheer Maudhoo said "This is the first time that we are faced with a catastrophe of this kind, and we are insufficiently equipped to handle this problem," 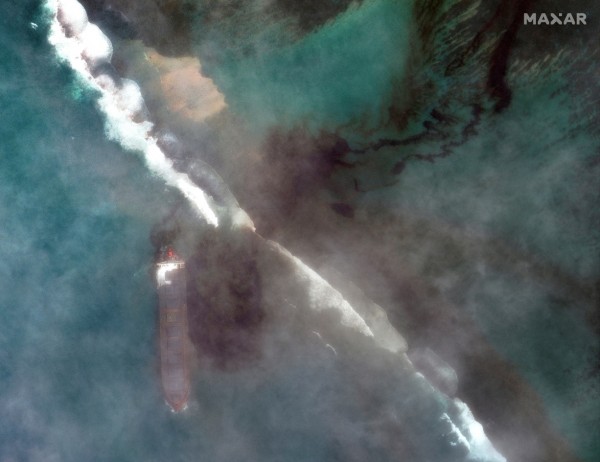 READ ALSO: Fukushima Wastewater Contaminants at Risk of Being Released into the Ocean

Effects of Oil Spill in the Environment

The environmental impact of oil in water causes devastating damage in the oceans and the marine organism. Since oil does not blend on water, the oil spreads out a thin layer across the water surface, blocking the sunlight harming coral reefs and ecosystems.

The layer is called slick, and it expands until the layer gets thinner and spread for hundreds of miles.

The most apparent effect of an oil spill is on the coastline. Birds and other marine animals get covered with oil, and the oil layer covers everything, even the sand. Unless there is a concerted effort to clean the shoreline, the oil will stay there until it breaks down: a prolonged process.

Oils are poisonous; thus, marine life ingesting or inhaling the oil is in grave danger. When a marine animal surfaces an oil-contaminated ocean, it will likely ingest or inhale the oil through its gills. Ingesting oil causes death and sickness and its ability to produce healthy offsprings. Animals can also ingest the oil from the invertebrates or planktons that are contaminated with oil. 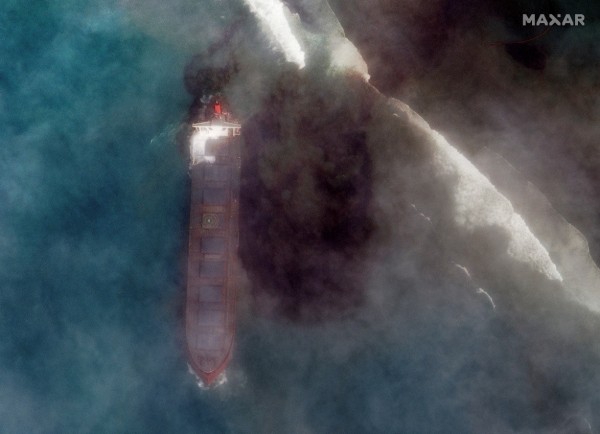 The French government had a devastating oil spill history in 1978. The large crude oil carrier Amoco Cadiz leaked nearly 69 million gallons of light crude oil on the coast of Britanny, France. The 200- mile-coast line of the French coast was covered with the oil, killing millions of invertebrates such as mollusks. It also affected 20,000 birds and contaminated oyster beds in the region.

The owners of the boat paid $120 million to French claimants in 1990, with an additional amount of $35 million from Royal Dutch Shell, the oil owner.

READ NEXT: Beirut Explosion: How Does Ammonium Nitrate Affect the Environment?