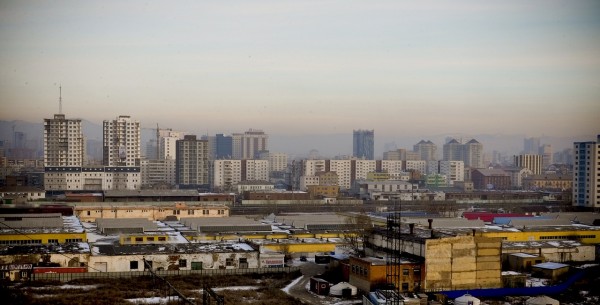 Alberto Salvo, an associate professor at the NUS or National University of Singapore Department of Economics, conducted the study, which showed increase power consumption as a response to more pollution of the surrounding ambient air. His research was conducted in Singapore.

This increased consumption, in turn, elevates carbon emissions associated with power generation. Salvo's research found that improving air quality will consequently provide benefits that will alleviate the effects of climate change. This is done through the reduction of electricity, particularly in household consumption.

Salvo said that developing Asian nations' energy demand is expanding. The supply of energy will likely come from carbon-intensive means for many more decades to come if no significant regulatory of technological shifts occur.

As income increases, it is essential to identify the drivers of energy demand to gain insight into future needs. This is useful for policymakers in influencing and forecasting future emissions.

The study was published in the Journal of the Association of Environmental & Resource Economists.

The research focused on the readings of the electricity meters of a total of 130,000 households using random sampling from the periods 2012 up to 2015. Salvo monitored these households' consumption over time and then compared them with PM2.5 particle measurements during comparable periods.

Findings of the Study

According to the study results, the electricity demand increased by 1.1% as the presence of PM2.5 in the air increased by ten micrograms for every cubic meter of air (or ug/m³).

The study mentions two reasons for this correlation. The first is because the increase in air pollution caused people to spend more time indoors to reduce pollution. Secondly, an increased PM2.5 in the air caused people to more often close their windows and operate their air-conditioning and air purifier units to relieve themselves of the heat or reduce the pollutants entering their homes. Salvo also found that households used more natural gas as pollution increased. In a previous study, he also found that they also consumed a higher amount of water with higher air pollution.

Implications of the Study

According to Salvo, the results show that people are conscious of their surroundings' air quality, as indicated by their increased utility consumption, particularly air-conditioners. Cleaner air is expected to reduce the demand for energy, which will then reduce carbon emission.

Also, he said that those households with low incomes are not as capable of affording this increased spending, which will have implications on their health, exacerbating class inequality.

The research is intended to contribute to the forecasting of power demand in the future. Salvo aims to further continue his studies along this vein and focus on how Asians cope with environmental hazards such as air pollution, and their preferences regarding the quality of their environment and its effects on energy demand and power consumption.

READ NEXT: Increase in Infant Mortality Linked to Air Pollution