A new study found a frog in Brazil's rainforests to be the first species of amphibian known to exhibit polygyny, having a harem of one male with two loyal female mates.

Polygyny is considered the most common system of mating in animals. It has been observed in reptiles, bony fishes, birds, invertebrates, and mammals. Before, it is not exhibited by amphibians. 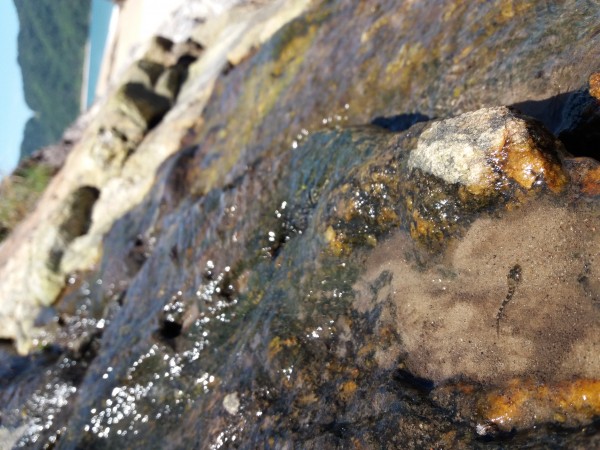 Mating systems in animals range along a continuum, with polygamy on one end and monogamy on the other. The former is considered an earlier evolutionary trait, while the latter occurs when the species' offspring requires excellent investment in parental care.

A species tends towards polygyny when the males get forced to compete for mates and scarce food and water.

READ: Sexual Parasitism in Anglerfish Could Prove Beneficial to People With Immune Disorders

Thoropa taophora is a frog species in the Atlantic rainforest of Brazil. It is polygamous when resources are abundant.

These animals favor rocks, which help them blend among their environment with the help of their reddish-brown color.

Male frogs are also equipped with long spines attached to their thumbs. They use these appendages in combat.

De Sa and his colleagues investigated if the frog could practice polygyny if the circumstances are right. They observed frogs on rocky outcrops at the rainforest edge where relatively few "seeps" or freshwater areas are available, which they need for breeding. Further, the area has more solar exposure. This made the site resource-poor for the frogs.

The breeding sites were patrolled by males, who made aggressive calls intended to discourage intruders. Males also stayed close to the tadpoles and eggs to protect them.

Male invaders who did not heed the warnings were pounced upon and attacked with jumps and kicks. They also grappled and threw invaders with the use of the thumb spines.

READ ALSO: Why Do Banana Slugs Bite Their Partner's Penis Off After Mating

The researchers observed the males breeding exclusively with two females, one dominant and the other being secondary. The dominant female will induce mating by vocalizing in response to the courtship's calls of the male. She would also position herself under the male to simulate amplexus, where the male frog grasps his mate from behind. As this goes on, the secondary female stands motionless.

The female frog also triggers the mating process by cannibalizing some of the eggs from other females. The male usually chases away the female, but if the female is dominant, the male also sometimes mates with her, spawning new eggs that have her genetic material.

The resource-poos sites were found to have tadpoles that were half-siblings of one father and either of two mothers. More tadpoles came from dominant females.

Older tadpoles with the same genes proved that the polygynous relationship was long term.

Polygyny is advantageous for both males and females. The males have to ward off other male intruders from scarce resources, and they spread their genes with multiple mates. For the females, De Sa says the advantage lies in having good quality mates plus a suitable breeding site. They are willing to share a female instead of risking exposure and not finding a mate or having only a low-quality mate.

As such, this arrangement also engendered female-to-female competition, a rare trait in frogs. The dominant female responded to male calls and appeared to push aside the second female in courtship.