Remembering India in 2016: How Global Parli and an Entire Community Survived a Drought

In the summer of 2016, 330 million people were affected by the drought in India. The country was suffering from severe water shortage, and farmers suffered devastating crop losses. The drought was so intense that families and farmers in remote villages had to walk long distances to find water as their wells have dried up. Scores of people died due to heatstroke.

This is the story of how Global Parli, led by Mayank Gandhi and the community were able to get water in the amid a drought. 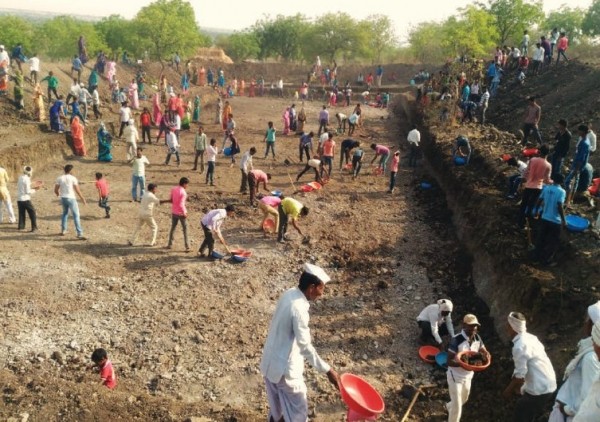 (Photo : Global Parli)
Entire villages came out with their tools and worked for eight hours a day for 45 days without any payments. The infectious energy dissolved differences of caste, income and politics.Water tables were raised and drinking water dependence on rains reduced. Parli was changing, forever. (Global Parli)

Maharashtra was among the worst hit by the drought--a drought of this magnitude could drive farmers into suicide.

Mayank Gandhi of Global Parli started their work to improve water supply in a small town of Parli in Beed District, Maharashtra Region. On that sweltering summer month. Although the city is mainly agricultural, only 1.72 percent of the area is irrigated. The average monthly income of a family was Rs 3500. Dams were close to 0% storage and drinking water and scarce. Suicide and malnutrition were prevalent.

A study on the Paapnaashi river was conducted to assess the reason for the scarcity. The study revealed that the old river structure was more in-depth and broader than it is now. Villagers encroached the banks resulting in blockage and narrowing of the river. The encroachment led to erosion, reduction of river depth, and reduced water percolation.

Global Parli then started by working closely with the farmers, village elders, and experts in agriculture and rural India. Together, they spent days and weeks planning and strategizing how to bring water in Parli.

They started a movement that veers away from confrontation but is geared towards development, changing lives and prosperity, and the power to transform India.

Mayank started with a cluster of 15 villages in Parli. In 2017, Global Parli started with deepening and widening of 10.2 kilometers--6.3 miles--of Paapnashi river and establishing 54 rainwater and harvesting borewells.

In 2018, the entire village people came with their tools and worked for eight hours a day for 45 days without compensation. The spirit of teamwork transcended beyond caste and politics. 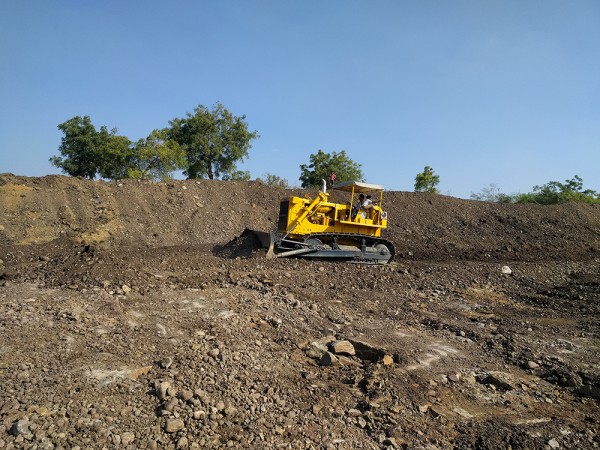 They were able to build 41 check dams to increase the percolation of water in the areas and improve the water table. Last year, when the drought in Marathwada was on its fourth consecutive year, Global Parli was able to supply one crore liters--2.6 million gallons--of water to the villagers of Beed. Efforts focused on water utilization and conservation.

Mayank Gandhi of Global Parli sparked such a big feat. For him, the drought called for a passionate action. Mayank was in the advisory body of the world's largest organization of Architect and Planners- Council of Tall Buildings and Urban Habitat. He was a speaker and consultant of development planning to 23 developed countries.

His experience with the most excellent people, companies, and governments all over the world made him obsessed with transforming India. He believed that to do that, critical interventions needed to be planned carefully and put into action to start the transformation.

He worked with Anna Hazare, a known Indian social activist, to lead movements to promote rural development, increase government transparency, and investigate and punish corruption in public life. Together, they were able to develop several landmark policies for Maharashtra, such as the Right to Information (RTI) and other policies on governance.

He was an urban man with little exposure and knowledge of rural India. He set his heart in transforming Parli.

Thus, the village was able to access potable water amid the drought through science, commitment, and teamwork of villagers of Parli.