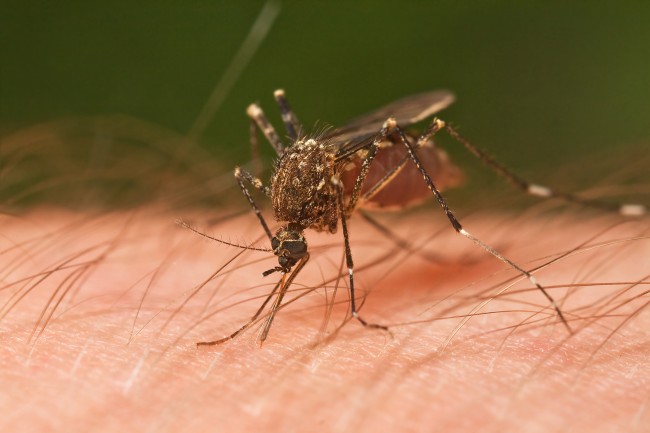 The findings of a new study show that a residual spray that contains a combination of perlite, a type of volcanic glass, and water is effective against malaria-carrying mosquitoes. The study results can help reduce the populations of these mosquitoes in Africa and thereby reduce the risk of malaria.
(Photo : Wikimedia Commons)

The findings of a new study show that a residual spray that contains a combination of perlite, a type of volcanic glass, and water is effective against malaria-carrying mosquitoes. The study results can help reduce the populations of these mosquitoes in Africa and thereby reduce the risk of malaria.

According to the study, malaria is a fatal mosquito-borne disease and a primary cause of death of sub-Saharan Africans. This disease is also competing against TB and AIDS as the world's deadliest infectious disease.

Malaria deaths in Africa have significantly gone down from an annual rate of 1.8 million deaths to an estimated of only half a million in 2020 through a combination of bed nets and indoor spraying. However, malaria-carrying mosquitoes are showing widespread resistance to pyrethroids and increasing resistance to recommended insecticides by the World Health Organization.

At this rate, all efforts that have been achieved in mosquito-control throughout the years may be futile. Therefore, there is a need to search for safe alternatives that use other mechanisms or modes of action against mosquitoes.

Perlite, the volcanic glass used by the researchers in the study, is a mineral commonly used in building industries as well as a soil additive in gardens. Since Imergard is non-chemical, it is not toxic to humans and animals compared to other chemical insecticides and pyrethroids. The spray is also cost-effective, and malaria-carrying mosquitoes do not have the same resistance to perlite compared to other pyrethroids and pesticides.

North Carolina State University professor Mike Roe crushed perlite and mixed it with water. He called the product ImergardTM WP and sprayed it on the walls inside mosquito-prone homes in West Africa. Other huts served control purposes and were sprayed a type of pyrethroid called deltamethrin. On the other hand, other shelters were treated both with Imergard and deltamethrin, while some set of houses were left unsprayed.

In the study, the entomologists from North Carolina State University partnered with the Innovative Vector Control Consortium or IVCC and Imerys Filtration Minerals Inc. to test Imergard. The huts with Imergard, whether with or without the pyrethroid, have shown the most significant mortality rates. The Imergard treatments were effective for both wild and more susceptible strains of the primary malaria vector in sub-Saharan Africa, the Anopheles gambiae mosquitoes.

Roe and his co-authors announced that Imergard outperformed the pyrethroid deltamethrin and the untreated huts. Within five months of Imergard treatment, 80 percent of mosquitoes died upon exposure of their feet to the volcanic glass, perlite. The number of perlite-exposure deaths is double compared to the initial mortality rate of the mosquitoes to pyrethroid huts.

Perlite, as an insecticide, is still a new idea, according to David Steward of Imerys. Still, it can be considered as part of the management program against disease-carrying insect vectors.