Drones Are Advancing the Study of Active Volcanoes 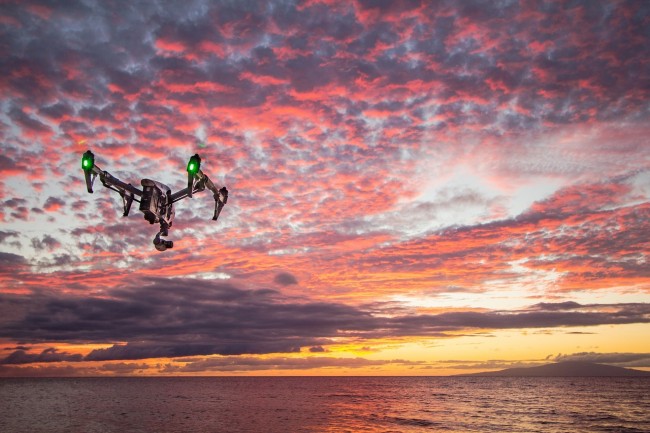 Studying active volcanoes without using drones can be challenging to volcanology researchers due to the real dangers and risks involved for life and limb. The inaccessibility and extreme risk for explosions and death have made the task of imaging these active volcanoes very challenging and difficult. It is an area of volcanology that needs progress.
(Photo : Pixabay)

Studying active volcanoes without using drones can be challenging for volcanology researchers due to the real dangers and risks involved in life and limb. The inaccessibility and extreme risk for explosions and death have made the task of imaging these active volcanoes very challenging and difficult. It is an area of volcanology that needs progress.

Edgar Zorn and researchers from the GFZ-German Research Centre for Geosciences Potsdam have presented survey results from several flights that used thermal and optical imaging video cameras. These drones were used on Guatemala's Santa Maria active volcano. These results were published in the Scientific Reports journal. The co-authors include and René Mania, Jeffrey Johnson, and Thomas Walter.

The drones were utilized for observing the volcano's lava dome, which is a viscous lava plug. The scientists showed the movements of the lava dome from two distinct periods. These included the dome's slow expansion as well as its growth and rapid lava extrusion.

Zorn said that they equipped their drone with several cameras, after which they flew them above the volcano's crater at different intervals. They then measured the lava flow's movements and the lava dome with the use of a particular kind of stereo photographic technique with unprecedented precision.

They then compared the drone's accumulated data, with which they determined the velocity of its lava flow, the volcano's surface temperature, and the lava's movement patterns. From the information they gathered, the research authors were also able to derive the properties of the lava flow. Such measurements are crucial for the accurate prediction of explosions of these dangerous volcanoes.

Zorn also adds that the study has shown how using drones helps in measuring parameters of active and explosively dangerous volcanoes even while maintaining a safe distance for researchers. Walter says that surveying such volcanoes systematically and regularly is now almost within the grasp of scientists.

In Santiaguito complex's volcanic cone called Caliente, two of the drone cameras have been able to acquire photos with high resolution, along with thermal imaging. The scientists used a special algorithm that enabled the computer to build detailed and complete three-dimensional models using the images the drone supplied. The researchers were also able to make a three-dimensional temperature and volcanic topography model with a very high centimeter-level resolution.

Drones significantly reduce the health risks for scientists. The cameras can enter dangerous spots with no need for any human presence. The technology for remotely directing such devices is revolutionary for volcanology.

The current challenge that volcanologists face involves model calculation and post-processing. Zorn says that the three-dimensional models they created from the images taken during drone flights should be precisely positioned for valid comparisons to be possible. Painstakingly detailed work is needed.

Still, it is all worth the effort because volcanologists can view even the most minute movements in volcanic activity. The research was able to present new possibilities in representing and measuring particular ground movements that are definitely of significant use in future research.