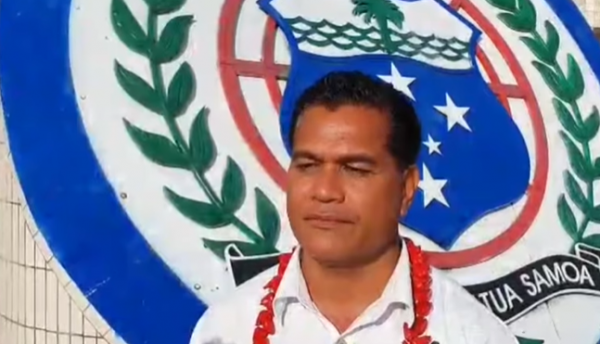 (Photo : Screenshot from Government of Samoa's Official Facebook Account)
Spokesperson Afamasaga Rico Tupai blamed anti-vaxxers for the increasing number of death due to measles for inducing fear against vaccines.

An unnamed individual was charged for spreading fear against vaccination, the government of Samoa confirmed.

On Wednesday, the Office of the Attorney General released a statement through the official government Facebook page that they charged an alleged anti-vaxxer individual for provoking defiance against the government vaccination order.

This was after the individual publicly declared "I'll be here to mop up your mess. Enjoy your killing spree." while referring to the health official's effort of containing the measles outbreak.

The press release also claimed that the Police already warned the anti-vaxxer for the same offense.

The accused was also not granted a permission for bail due to the risk of repeating the same offense. He is also in custody until his first court date is announced.

"It is the anti-vaxxer's fault."

Despite the severity of the measles outbreak in the country, local anti-vaxxers were still aggressive in spreading their propaganda. As a matter of fact, the government's update on the dilemma is bombarded with comments that promote vaccine hesitancy and refusal.

Based on CNN's analysis, dozens of these comments include Nazi-themed memes and links on questionable medical sources.

Government spokesperson Afamasaga Rico Tupai expressed his frustration on this propaganda on another press release. He even blamed them for the increasing number of death because people were too afraid to seek doctor's medical assistance on sick children.

People will often rush to the hospital when it is late and when nothing can be done. Some of them die while on the way, he also said in the same interview.

He also said that due to the crisis, the government does not have the luxury of time to deal with these "nonsense on social media posted by anti-vaccination".

However, he did warn that the law is coming after on those who are causing the delayed treatment on children.

The Measles Outbreak in Samoa

The entire country of Samoa was declared under the state of emergency on November 15 due to a widespread measles outbreak. Five days later, a mass vaccination program was started with the help of the United Nations children's agency UNICEF.

The latest death toll has increased to 60, who are mostly children. Around 174 people were hospitalized, and 18 of them are critically-ill children.

According to Sheldon Yett, UNICEF's representative for the Pacific region, this measle outbreak is really overwhelming especially in a small country with limited resources like Samoa.

On November 17, schools throughout the country were also suspended indefinitely. Prime Minister Tuilaepa Aiono Sailele Malielegaoi also announced that children will not be allowed on in any places where many people gather.

Then recently, government agencies, excluding those who work on the country's water and electric supply, also shut down its operation temporarily. All public officials were tasked to join the mass immunization campaign on Thursday and Friday.

Tuilaepa revealed that at least a quarter of the country's total population--around 58,000--have received measles vaccine as of Monday since the campaign was launched.

Measles is a highly contagious respiratory illness that can lead to deadlier complications. According to the US Centers for Disease Control and Prevention, one of every 1,000 measles patients has developed encephalitis (or swelling of the brain that can lead to learning disability), while one in every 20 suffers from pneumonia.

It is easily preventable with vaccines, which resulted in lower cases all over the world.

However, due to multiple factors including vaccine hysteria, it is re surging all over the world, both in high-income and developing countries. According to UNICEF, about 350,000 measles were reported in 2018, which is almost double compared to 2017. Most of these came from Ukraine and the Philippines.