Worldwide Usage Of Coal-Fired Electricity Set To Drop This Year 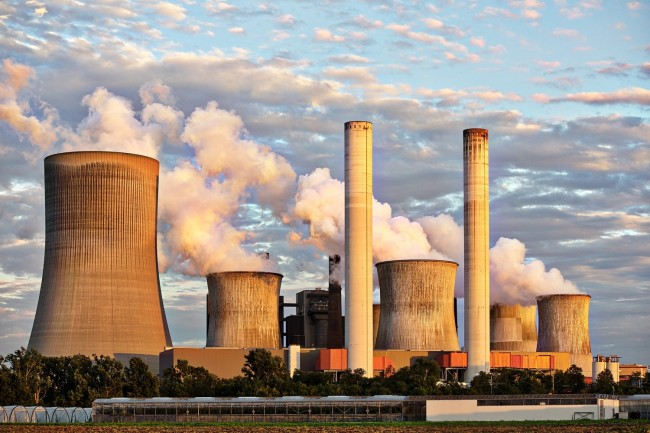 The global coal-fired electric use is expected to drop this year after more than four decades of near-uninterrupted growth fueled the global climate crisis.

Data shows that coal-fired electricity is expected to fall by 3 percent in 2019, or more than the combined coal generation in Spain, Germany, and the United Kingdom last year and could help counter the world's increasing carbon emissions this year.

The abruptest global slump on record is likely to begin this year as India's dependence on coal power drops for the first time in at least three decades, and China's coal power requirement drops.

Both China and India are utilizing less coal-fired electricity due to slowing economic growth in Asia as well as the rise of cleaner energy alternatives. The United States and members of the European Union are also expected to reduce its coal dependency as the developed economies turn to clean forms of energy.

The world's annual coal generation has fallen only twice in four decades: during the global financial crisis in 2009 and during the slowdown in China's coal plants amid rising levels of air pollution in 2015.

Who did the research?

The Centre for Research on Energy and Clean Air, the Institute for Energy Economics and Financial Analysis, and the UK climate thinktank Sandbag undertook the research.

The experts discovered that China's coal-fired power production was flatlining, despite the rising numbers of coal plants being built, as they were running at record low rates.

China built one large new coal plant every two weeks, according to the report, but only 48.6 percent of those coal plants operate compared to the global utilization rate of 54 percent on average.

The findings matched the Global Energy Monitor research that the number of coal-fired power plants in the world is growing since China built new coal plants five times faster than the rest of the world, which eventually reduced their coal-fired power capacity.

The report found that coal-fired power capacity declined in other countries by 8GW in the 18 months to June, the same period China increased its amount by 42.9GW.

The researchers said in their paper for the industry journal Carbon Brief that a three percent decline in the energy sector's coal use could mean zero growth in global carbon dioxide production if there are emission changes in other areas reflected during 2018."

However, the experts in the study warned that the world's use of coal remained far too high to meet the climate goals of the Paris agreement despite the record coal power slump.

The United States, which backed out of the Paris agreement, made the most in-depth shares to coal power consumption than any developed country this year by shutting coal plants down in favor of gas power and renewable energy. Trump's administration was able to reduce its coal consumption by nearly 14 percent by the end of August 2019 compared to the same month in 2018.

The EU reported a decrease in coal-fired electricity use in the first six months of the year by almost a fifth compared with the same months last year. The trend is expected to increase over the second half of the year to an average of 23 percent decline in the whole 2019. The members of the European Union is using less coal power in favor of gas-fired electricity - which can have roughly half the carbon footprint of coal - and renewable energy.