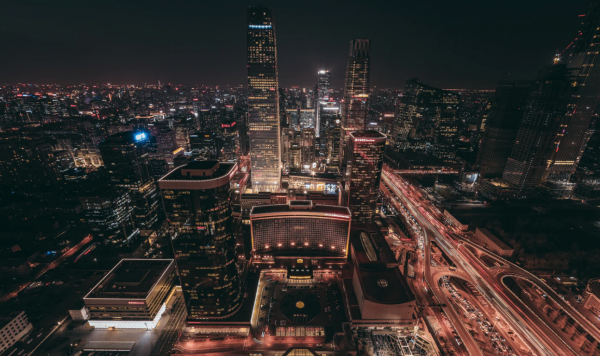 (Photo : Road trip with Raj, Unsplash)
Over the years, the air quality index of Beijing has improved significantly, making it now out of the most polluted cities in the world.

The study published in the journal Proceedings of the National Academy of Science of the United States of America (PNAS) focuses on the air quality index of the country from 2013 to 2017.

Due to the rapid industrialization without any intensive regulations, the country suffered from terrible air quality. Pollution control has been started as early as 2008, yet it is reported that in 2013, the air quality index of China's capital Beijing is at least 40 times above the recommendation of the World Health Organization (WHO).

The air quality index is measured through the concentration of PM2.5, tiny polluting particles that can enter the bloodstream and potentially cause cancer, stroke and heart attack in the long term.

The rapid decline of PM2.5 concentration started after the implementation of new rules on emissions, both for industrial bodies like factories and power plants, and vehicles.

The endeavor causes Beijing to be out of the Top 100 most polluted cities in Asia. The researchers also claimed that it has saved the lives of at least a hundred thousand citizens in 2017.

Shanghai, the largest city in China, also made an advancement through implementing garbage segregation regulations. A woman was even arrested in July due to noncompliance.

This success will actually not happen if it were not because of public pressure.

For instance, the citizens of Wuhan in northeastern China has started a series of massive protests to protest the suspension of the construction of a new garbage incineration plant. Even if the city itself is not among the most polluted cities in the country, local residents still fear that it will worsen the smug problem, especially since it is pretty close to residential areas.

The government has suspended the building, yet the tension remained.

In 2014, Chinese Premier Li Keqiang declared a "war against pollution" due to the smog problem brought by the "model of inefficient and blind development."

Two years later, angered citizens of the south-western city of Chengdu occupied the streets to call for immediate actions against pollution. Despite the declaration of war against pollution, state-owned companies did not do anything and actually remained as the leading producers of smog.

The protest also went online, with some residents posting a photo of themselves holding a sign that says "let me breathe!".

An unknown number of protesters were arrested, including a man who shared pictures of a 2012 smog protest online. Some people from neighboring areas were also arrested simply for wearing air-filtering masks.

The Chinese police force has been known for its intolerance against mass demonstrations, just like happened in the 1989 Tiananmen Massacre.

But the problem will persist due to corruption...

The major problem that these massive environment-friendly changes have brought is its impact on the economy, and the Chinese government struggles to balance these two.

And this is why ordinary citizens, like the protesters from Wuhan, have low confidence in the government.

The Chinese investigative magazine Caixin exposed corruption in some environmental monitoring data in China, claiming that the testings were not carried out or were done poorly. Some companies were also paying authorities to get environmental pass checks.