This week, blustery and dry Santa Ana winds are prompting a wildfire threat in Southern California which could lead to power shutoff during the Thanksgiving holiday. 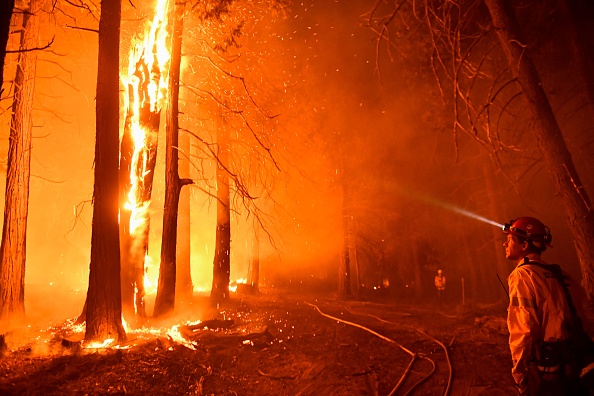 According to the National Weather Service (NWS), a red flag warning which may affect 17 million people will begin Wednesday morning for Ventura, Los Angeles, and parts of San Bernardino, Riverside, Orange, and San Diego counties.

The NWS added that a red flag warning indicates that critical fire weather conditions, such as high winds, low relative humidity, and scorching temperatures, are might occur. The warning continue through Friday afternoon.

According to the NWS, the potent winds will arrive Wednesday afternoon. Across the foothills and mountains, isolated gusts of 60-70 mph might be expected.

Humidity in the Los Angeles region will be very low on Wednesday, at 10% -15 percent, before dropping to as low as 2% -8% on Thursday.

Any flames that break out will most certainly spread quickly, the NWS said. Residents are urged to get ready in the event a wildfire begins.

A tweet from the National Weather Service in Los Angeles said, "Now is the time to activate your emergency plan in case of evacuations during a fast-moving #wildfire, even at night."

Also Read: Authorities Wrapped Giant Sequoias in Fire-Resistant Wraps to Protect them from the Colony Fire

Conditions in the San Diego region, according to CNN Meteorologist Robert Shackelford will be marginally better, with wind gusts up to 60 mph and relative humidity between 7% and 15%. The windy weather may cause delays at regional airports.

On Friday, conditions will continue to improve, with just an elevated chance of fire weather expected, Shackelford added.

In order to avoid fires, utility firms in the area are preparing for the windstorm and notifying homeowners that electricity may be lost, according to CNN.

According to Cal Fire, the state of California has seen a terrible wildfire season, with 8,367 flames burning more than three million acres and climate change, which is causing hotter and drier conditions, has worsened the flames.

If you are not forced to evacuate and still have time to get ready for wildfire events, make sure to: