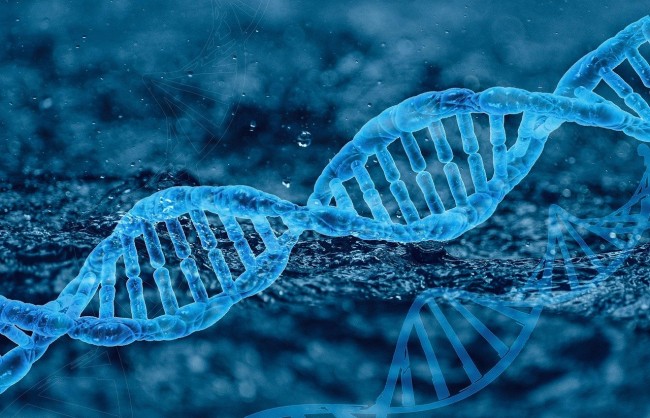 (Photo : Image by Furiosa-L from Pixabay)

Gene engineering is an umbrella term for several gene-editing systems, including CRISPR (clusters of regularly interspaced short palindromic repeats) techniques. CRISPR describes a region of DNA that holds short, repeated sequences that are sandwiched together with "spacers". Developments in CRISPR gene editing techniques and technologies have accelerated over the past 10 years, and it's now possible to use CRISPR systems to edit DNA at precise locations. The techniques are ideal for a multitude of applications, from fighting diseases and correcting genetic defects to enhancing crop yields.

That said, CRISPR gene editing comes with some limitations. For example, the techniques can affect regions of DNA outside a target, and there are ethical concerns surrounding CRISPR editing on humans. Debates surrounding ethical genome practice have been ongoing for years. But developments in CRISPR gene editing have re-sparked such discussions as these developments make editing easier and more accurate than previous technologies.

The life sciences journal BioTechniques closely follows updates in CRISPR gene editing and its moral questions, publishing open-access content in its peer-reviewed journal and on its multimedia website. Having spotlighted developments in medical and scientific practices and procedures over the past four decades, BioTechniques is a trusted source for scientists and biologists who are looking to develop their understanding of CRISPR techniques and technologies.

What Are the Moral and Safety Concerns of Gene Editing?

Aside from the controversy over whether we should edit human embryos at all, safety concerns arise from gene editing for two main reasons: researchers may make edits in the wrong places (off-target effects), and, if a gene editing technique fails, only some cells may carry the edit (mosaicism). As a result, most researchers and ethicists agree that we shouldn't use germline gene editing techniques for clinical reproductive purposes until these are deemed safe through research. However, where there is a strong need for gene editing, many researchers and ethicists are often more in favor of such techniques, especially as these develop.

Other researchers and ethicists believe that there may never be a time when gene editing techniques offer benefits that outweigh those of existing technologies, like in-vitro fertilization (IVF) and preimplantation genetic diagnosis (PGD). However, gene editing may be able to address some needs that PGD can't. This would apply in cases of:

Most researchers and bioethicists believe that we shouldn't attempt human gene editing for reproductive purposes at this time, but that conducting studies into how we can make gene therapy safe and effective could be useful. Some countries have allowed gene editing research on nonviable embryos (which can't result in a live birth). Others have allowed research that uses viable embryos. Either way, these embryos have mostly only been used for research purposes to date (excluding the case of He Jiankui, the researcher who was jailed for CRISPR-editing two human embryos).

How Can Parents Give Informed Consent for Gene Editing on Embryos?

As the patients of gene editing techniques would be human embryos, many individuals question how unborn children can give consent for such practices. However, there is a counterargument that parents must make several decisions for their future children - including complicated decisions involving IVF and PGD. As gene editing techniques develop and our understanding of the associated risks develop, parents may be able to make better-informed decisions about gene editing applications for their unborn children.

How Does CRISPR Gene Editing Work?

CRISPR is a powerful gene editing tool that allows researchers to alter DNA sequences and modify gene functions. CRISPR systems leverage a cell's natural DNA repair process: the cell recognizes that the DNA is damaged when it's cut and tries to repair it. Mutations can be introduced when the repair is made, and this can inactivate the gene.

Scientists adapted CRISPR technologies from bacteria and archaea's natural defense mechanisms. These microorganisms use CRISPR-derived RNA (DNA's molecular cousin) and Cas proteins to foil virus attacks: the organisms take sections of a virus' DNA and store these sections in their genomes as a weapon in case the virus attacks again. When scientists transfer CRISPR components into more complex organisms, the components manipulate genes.

Given CRISPR's ability to edit DNA in human cells, plant cells, viruses, and bacteria, the gene editing system offers many advantages over other techniques. Compared with many alternative techniques, CRISPR gene editing is simpler, more efficient, enables easier customization of target DNA, and targets several genes simultaneously. As developers and researchers continue to optimize CRISPR systems, we can expect to see its efficacy and applications grow.

Where Could CRISPR Gene Editing Be Used?

CRISPR research is widespread: studies show that CRISPR gene editing could correct genetic diseases like cystic fibrosis, cataracts, Huntingdon's disease, and Fanconi anemia. Researchers have also tested CRISPR as a possible treatment for cancer, a genetic disorder that causes blindness, malaria, and HIV, and as a possible technique to prevent the spread of Lyme disease, remove heart disease defects in embryos, and identify strains of viruses like Zika in blood serum, saliva, and urine. Over the past few months, researchers have also used CRISPR techniques to develop diagnostic COVID-19 tests.

In future, we could use CRISPR techniques to create gene drives, not only to prevent parents from passing genetic disorders onto their children but also to eradicate invasive species or reverse pesticide and herbicide resistance in crops. Plus, CRISPR techniques could improve the yield, drought tolerance, and nutritional properties of crops and protect certain food products, like yogurt, against viruses. Recent research has even used CRISPR to reduce fungi and other problems that pose risks in chocolate production by making plants more disease-resistant.

Keep up to date with CRISPR gene editing by becoming a member of BioTechniques' free online community.

BioTechniques, first published in 1983, is the first publication to review lab techniques and methodologies instead of treatments. The journal delves into methods like CRISPR gene editing, chromatography, western blotting, next-generation sequencing, and polymerase chain reaction. Scientists of all levels access BioTechniques' print journal and wealth of free online materials, which include webinars, interviews, videos, podcasts, and eBooks.