Farmers are Luring Rare Cranes by Growing their Favorite Food

"Several years ago, I counted more than 300 cranes in the marshes near my rice field," recalls farmer Khean Khoay, whose hamlet, Koh Chamkar in Kampot province, is on the boundaries of the Anlung Pring protected area in south-west Cambodia, in the vast and biodiverse Mekong delta. 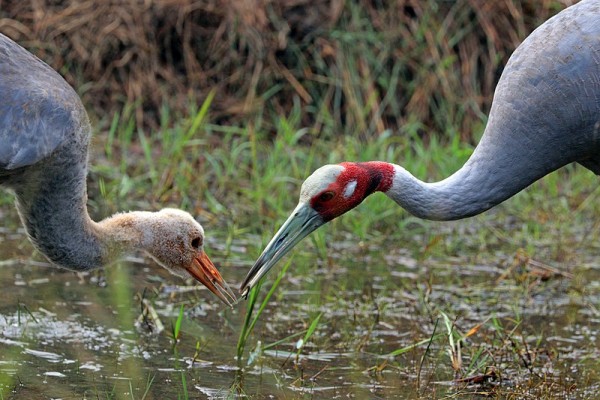 The Mekong, Southeast Asia's longest river and a lifeline for millions who rely on its resources, has deposited millennia of sediment in the region. The area's wildlife has grown increasingly threatened as more land is converted for agriculture and aquaculture. The effects of the climate crisis, such as erosion and seawater intrusion, are felt.

Cranes, who used to flock to the land surrounding Khoay's rice field in significant numbers, are among the birds affected. Only 91 eastern sarus cranes visited Anlung Pring this year, according to NatureLife Cambodia, BirdLife International's Cambodian partner. The fate of these birds may rest with 16 farmers from Koh Chamkar village, including Khoay, who have leased their property to NatureLife. 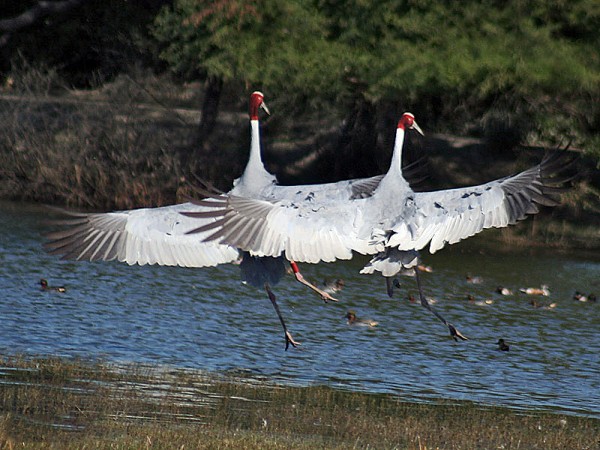 ng at 176cm (just under 6ft), and is listed as vulnerable on the IUCN's red list of threatened species. However, the eastern sarus crane (Antigone antigone sharpii), situated in Southeast Asia, is critically endangered: fewer than 200 are thought to exist in Cambodian and Vietnamese wetlands, down from almost 900 in 2002. Approximately half of them come to Anlung Pring during their non-breeding season, coming in late December before the rice harvest and staying until the dry season finishes in May.

"When the crop hasn't been harvested yet, the cranes stroll on the embankments around the fields and eat the grains off [the stalks at] the plot margins," explains Oum Chrein, another farmer engaged in the plan.

Farmers who lease their property to NatureLife are paid a ten-year rent in advance, estimated at 30% more than their net revenue from the land. NatureLife utilizes the site to cultivate native short-grain rice types such as boka teourm and pong roluk (Khmer names), which are favorites of the cranes, with the help of Cambodia's ministry of environment and funding from IUCN Netherlands. Half of the crop on the 17 hectares (42 acres) of leased land is left behind after harvesting to augment the diet of cranes and other birds.

NatureLife also gives farmers the option of receiving a daily stipend for cultivating the land, ensuring a steady income. "We pledge to the farmers that we would utilize the area solely for cultivating rice and that the soil will stay appropriate for agriculture in the long run," says Bou Vorsak, interim CEO of NatureLife.

This agreement also forbids farmers from selling or altering the use of their property, ensuring that the region is available for visiting cranes for the next decade.

The program has attracted more than 40 farmers from Koh Chamkar and the adjacent Chress hamlet. They planted boka teourm on their plots in August, bringing the total area under the initiative to about 38 hectares. The first harvest will occur in December, with 5% of the crop left standing for the cranes.

Vorsak believes that these crane conservation efforts are only the beginning and that additional help will be forthcoming.