Almost 20% of the world's huge sequoia trees have been lost to wildfires in California over the past two years. 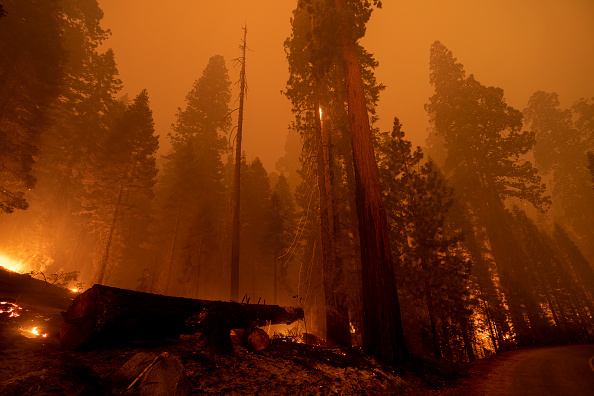 Effect of Wildfires on Giant Sequoias

According to state officials, thousands of the world's largest trees have been destroyed by wildfires in California's Sierra Nevada mountain range since 2020.

It was estimated that between 2,261 and 3,637 sequoias were killed by wildfires in Sequoia National Park and the neighboring national forests in 2021.

The sequoia which is the the biggest tree by volume, grows in around 70 groves on the western slope of the Sierra Nevadas, some of which are more than 3,000 years old.

The disheartening truth is that the world has seen another huge loss within a finite population of these iconic trees that are irreplaceable for many generations, said superintendent Clay Jordan of Sequoia and Kings Canyon National Parks.

Jordan said: "As spectacular as these trees are we really can't take them for granted. To ensure that they're around for our kids and grandkids and great grandkids, some action is necessary."

Last year's wildfires (2020) in California set a record for the most acreage burned, and the following year (2021) was the second-largest on record, according to News Break.

Also Read: Authorities Wrapped Giant Sequoias in Fire-Resistant Wraps to Protect them from the Colony Fire

Several measures were taken after the last year's fire to safeguard the historic trees, including covering the General Sherman tree, which is considered to be the biggest living thing on the planet, with a foil blanket.

Sprinklers were also used to dampen the trunks, and flammable material was raked away from the trees.

Christy Brigham, the park's chief of resource management and science, said in 2013 that officials used data from climate modeling to predict that fires would not endanger trees for another 50 years.

Ms Brigham said, "I'm not ready to give up on giant sequoias."

"This is a call to action to better protect the remaining old growth and make our Sierra Nevada forests wildfire resilient, because the fire's coming," Brigham continued.

A thorough calculation of the trees destroyed in 2020 was in progress, although it was delayed by the occurrence of additional fires this year. 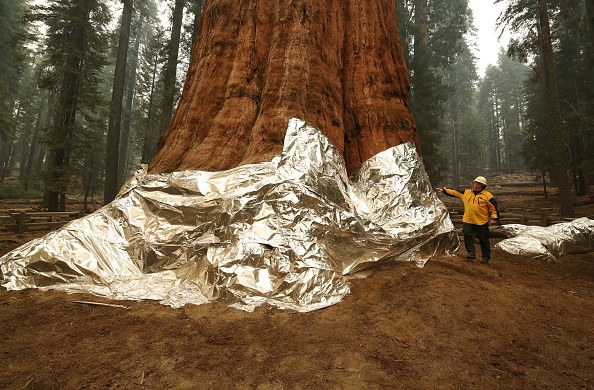 Why Are the Giant Sequoias Important?

In addition to their uniqueness, giant sequoias are also vital habitats for a variety of animals. Several distinct kinds of bats use the basal hollows in their trunks formed by fire damage as their primary place of safety. Giant sequoias are home to two kinds of fungus gnats that play a critical role in forest ecosystems.

The collapse of the enormous sequoia reveals that climate change may take down even the biggest species on the planet.

Giant sequoias aren't only dealing with fire control issues. The growth of sequoia trunks need a huge quantity of water, therefore a decrease in rainfall might harm their development.

As a result of invasive species, hazardous illnesses are spreading across the forest. Due to the trees' already restricted potential for expansion, it is critical that the remaining habitat is safeguarded.