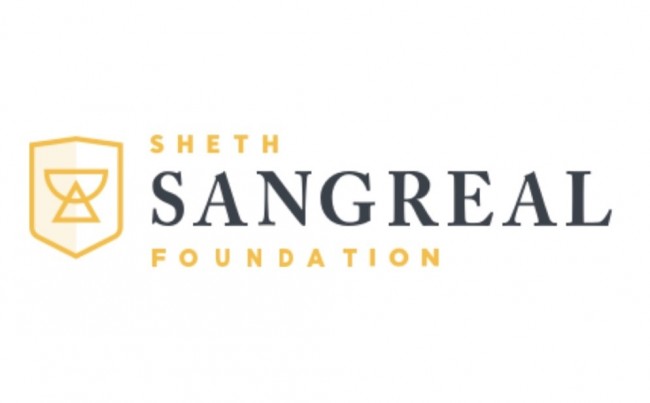 Brian Sheth is a first-generation Indian-American who is a leader in financial investments and philanthropy. He served as President of a highly successful private equity firm in 2000 but left that career in 2020 to pursue his philanthropic interests. Sheth applies the same strategies that have yielded billions of dollars for his investment partners to the charities that he supports. His leadership provides these organizations with the operational excellence needed to change the world for the better.

Sheth continues to build strong partnerships with businesses and other non-government organizations (NGOs) in managing a variety of projects, typically those that support local communities and wildlife conservations. The current COVID-19 pandemic is also a focus of Sheth's philanthropic efforts.

Sheth founded the Sheth Sangreal Foundation (SSF) in 2011, which has implemented many projects that support the community in his hometown of Austin, Texas. One of the most recent of these is a $750,000 donation to the Austin Area Urban League (AAUL) in support of communities that were hit particularly hard by the unusually severe winter weather that struck that area in February. These funds provided meals and non-perishable goods, drinking water, clothing and survival gear to people who sheltered in place during that crisis. It also covered transportation and lodging costs for those who decided to relocate.

In addition, the SSF obtained 500,000 packages of water from Flow Hydration to serve the thousands of people who lost water services. Flow Hydration provided high-quality spring water in environmentally-friendly packaging to help meet the community's hydration needs. This company is a certified B-Corp., meaning that it provides a specified level of social and environmental performance. The water distribution operation required planners to strategically position each truckload to serve the AAUL's distribution sites most effectively, including the Central Texas Food Bank (CTFB) and Boys and Girls Clubs of the Austin Area (BGCAA). Some of these sites were located well outside Austin, including Pflugerville and San Marcos.

Sheth described the status of this project by saying, "There are still so many people and families across our community in need of help following last month's winter weather." He added that the SSF was committed to supporting affected communities over the long term, especially those without traditional support. Sheth also stated the AAUL's funds would help rebuild the community and provide ongoing aid for food and housing.

The SSF also supports many initiatives of Re:wild, formerly known as Global Wildlife Conservation (GWC), which has protected over 350,000 acres of key habitat since it was incorporated in 2008. These habitats are home to over 17,000 species, including more than 150 threatened species.

For example, Re:wild hosts its annual Wild Night for Wildlife to promote awareness on key wildlife conservation issues. This event was held for the fifth time on April 11, 2019, which included a "fireside chat" between Sheth and Edward Norton, Hollywood actor and UN Goodwill Ambassador for Biodiversity. They discussed the importance that saving endangered species should have for everyone in addition to general conservation topics. About 550 guests attended the private portion of the event, which was followed by a public concert by Tameca Jones, Austin's queen of soul. Emmy and Tony award-winner Tate Donovan emceed the event.

Wild Night for Wildlife raises donations for Re:wild's mission to conserve Earth's diversity of life. The 2019 event brought a record $4 million, although donations were still coming in at last count. Sheth said, "Wild Night for Wildlife is a wonderful celebration not only of Re:wild's incredible team and partners, but also of all of the heroic individuals and companies that support our important work." He added that the members of SSF and Re:wild were grateful for the many local businesses that supported the event. Sheth also talked about how SSF was able to tap into Austin's formidable charitable spirit to protect the wildlife that people share the planet with.

Sheth has been heavily involved in raising funds for supporting those most affected by the COVID-19 pandemic, especially in Central Texas. The All Together ATX campaign completed its third and final round of grant funding to 111 nonprofit organizations in the Austin area. The total amount of this funding was $3.5 million, which was distributed on December 24, 2020. This funding includes a matching donation from the SSF, which made a dollar-for-dollar match for all donations made between October 1 and November 16.

All Together ATX is a community-based fund that provides basic needs for communities that have been disproportionately affected by the economic consequences of COVID-19. The fund was created in March 2020 and has since distributed a total of about $7.7 million to nonprofits around Austin. Specific uses of these funds include food, direct cash, social support, personal protective equipment (PPE) and other lifestyle changes resulting from the pandemic.

Communities of color have experienced the greatest impact from the pandemic in Central Texas. All Together ATX has therefore focused on these communities during the funding distribution, which is why 81 of the 111 organizations receiving grants are led by Black, Indigenous or people of color (BIPOC). Furthermore, the majority of staff members at these organizations are also BIPOC. David C. Smith, CEO of United Way for Greater Austin (UWGA), expressed his gratitude for the SSF by saying, "with so many generous donors like the Sheth Sangreal Foundation and hundreds of other corporate, foundation, and individual gifts, Austin showed that we take care of each other." Smith went on to add that the UWGA would continue to be here to provide its community members with the opportunities they need to thrive.