This week is going to be a real treat for space enthusiasts. The longest partial lunar eclipse in 580 years will be visible late Thursday night and into the early hours of Friday morning (in terms of U.S. time zones).

When Does Lunar Eclipses Occur?

This lunar eclipse will be as near to a complete eclipse as you can get, with more than 97% of the full moon transformed into a red hue by the shadow of Earth.

Only a small portion of the Moon's surface will stay illuminated at its peak. This isn't the first lunar eclipse of the year, but it's definitely the most significant one yet.

There are times when the Earth passes directly between the Sun and Moon, throwing a shadow on our lunar neighbor, this is when Lunar eclipses occur.

The phenomenon is dubbed a 'blood moon' because of its reddish color.

Places the Eclipse will be Viewable

On the night side of Earth, including North America, Hawaii, and portions of Russia and South America, the near-total eclipse will be visible.

On the evening of November 19, viewers in Australia, New Zealand, Japan, China, and Southeast Asia will be able to view it.

This is a great opportunity for those who live on the west coast of America to get a glimpse of the lunar eclipse, which begins at 11:18 p.m. on Thursday night and ends at 2:47 a.m. on Friday morning. It will be possible to see the Moon at night throughout this period.

You'll need to wake up early and keep an eye out for the western horizon if you're on the east coast. The greatest viewing time is on Friday morning, between 2:18 am and 5:47 am in Eastern Standard Time (EST).

Native Americans referred to the November full moon as a 'beaver moon' because it was historically the greatest time to catch beavers as they prepared for the next winter. Frosty or white moon, according to NASA, is another name for this celestial event.

Why is This Partial Lunar Eclipse so Long?

Apogee, which is the furthest point the Moon travels from Earth, is about to occur. So, as a result, it is traveling at its slowest speed in our planet's shadow and taking its time passing through it. 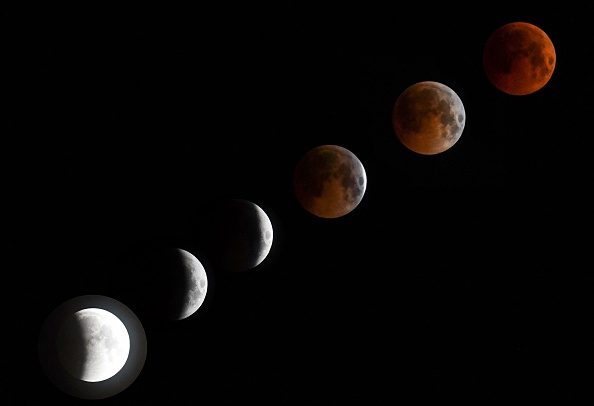 How to Observe the Lunar Eclipse

With the Moon directly above, the closer you are to the US west coast, the better your viewing experience will be.

Easterners will need to keep an eye on the horizon at sunrise. Australia, New Zealand, and portions of eastern Asia will experience the eclipse in the evening, as the Moon begins to rise from its twilight position.

In order to get the best view possible, you'll need to bring binoculars or a telescope with you.

Livestream from the Griffith Observatory in Los Angeles is available for anyone who can't witness the eclipse, or who are struggling with severe weather.

Related Article: How to Have the Full Super Flower Blood Moon 2021 Experience: Things to Know