After Losing Half of its Trunk in a Poacher's Trap, Baby Elephant Tragically Died

After losing half of its trunk in an Indonesian trap set by poachers, a young Sumatran elephant succumbed to its injuries.

Rescuing from Being Trapped 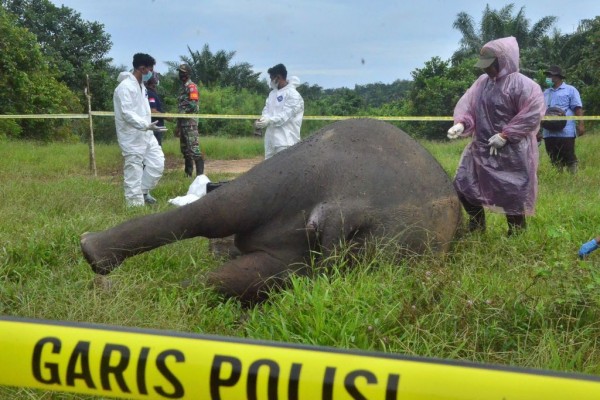 (Photo : Photo by CEKMAD/AFP via Getty Images)
Officials work at the scene where a critically endangered Sumatran elephant was found decapitated with its tusks missing in Banda Alam, East Aceh, on July 12, 2021.

After being ensnared in a snare trap, the severely endangered one-year-old calf was abandoned by its herd.

Officials with the National Park Service claim they tried to save its life by amputating its trunk, but it died two days later from an infection caused by its injuries.

"We weren't able to rescue it since the wound was serious and infected," said Agus Arianto, the chairman of the Aceh Natural Resources Conservation Agency.

"We did everything we could to support it." 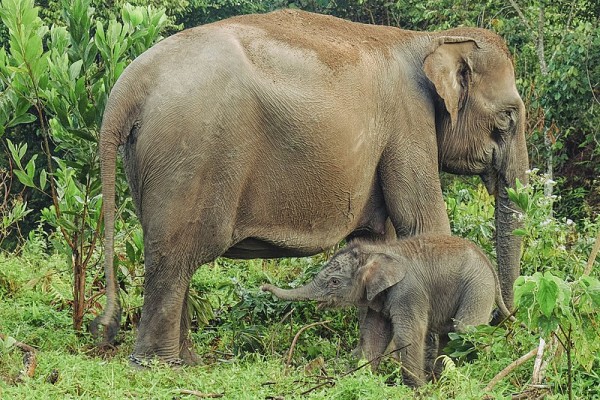 Due to increased deforestation in the natural environment of Borneo and Sumatra, the Sumatran elephant is considered a critically endangered species.

Because of their valuable tusks, traded on the illegal ivory market, male elephants are particularly vulnerable to poachers.

The loss of the calf is the latest in a series of poaching-related tragedies. In July of this year, the most recent instance occurred when an adult elephant's tusks were torn off and beheaded.

Pulp and paper businesses and oil palm plantations have produced some of the world's fastest deforestation rates in Sumatra's Riau province. In less than 25 years, elephant numbers have plummeted by 80%, restricting some herds to limited forest tracts. Long-term survival is unlikely for these groups. The number of elephant herds in Lampung province has decreased from twelve in the 1980s to only three in 2002. Biologically, just two of the remaining herds are deemed viable.

Elephants frequently come into touch with human communities as a result of Sumatra's fast urbanization and deforestation. They plunder fields, crush homes, and occasionally injure or kill individuals. Those who have been harmed may respond by poisoning or shooting elephants.

Between 1986 and 1995, 520 wild elephants were captured and housed at six Elephant Training Centres in Lampung, Aceh, Bengkulu, North, and South Sumatra, and Riau, which had been constructed since 1986. Capturing wild elephants was halted in 1999 due to the high cost of keeping captive elephants. Their administration had not become self-sustaining, and some of the centers were overcrowded. Three hundred ninety-one elephants were housed at the centers by the end of 2000, with a few more in zoos, safari parks, and tourism regions.