Biologists visiting the Mariana Islands are caring for a coral nursery, hoping to restore the islands' reefs. 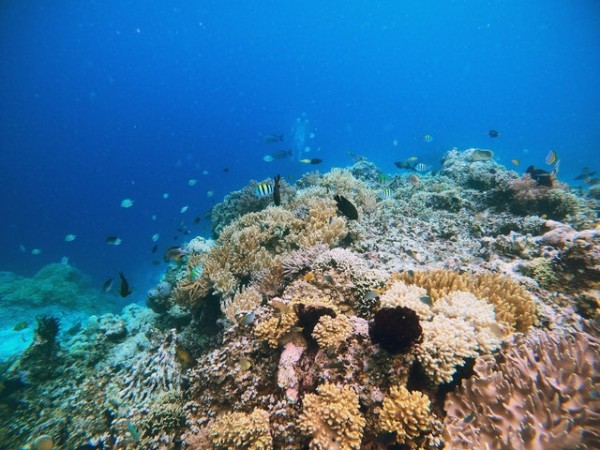 According to the National Oceanic and Atmospheric Administration(NOAA), the Commonwealth of the Northern Mariana Islands' southern islands include some of the archipelago's oldest and most developed reefs, while the island of Saipan has one of the most diversified kinds of coral reefs and related ecosystems.

The reefs shield most of the beaches on the island's western side, forming a barrier that protects a lagoon system while also absorbing energy from storm-driven waves. Human activity, on the other hand, has had a detrimental influence on the reefs' health.

According to the Saipan Coral Nursery Pilot Project, coral bleaching episodes occurred on Saipan in 2013, 2014, and 2017, resulting in the loss of more than 60% of total coral cover over 34 shallow reef areas. These occurrences are also influenced by ocean acidification, pollution, and nutrient inflow.

Coral bleaching happens when corals become stressed as a result of a change in environmental factors, such as temperature or water quality, and expel the symbiotic tiny algae that dwell inside the coral.

Roles of Algae in the Survival of Coral

Without the algae, the coral becomes white, losing both its vivid colors and the majority of Its nutrients. Although coral may recover from this condition, most of them die in the absence of the algae.

Conversely, too much algae may be just as harmful to the organism.

Overfishing near coral reefs may result in the extinction of algae-eating creatures, enabling the population of fleshy algae to explode. According to the National Science Foundation, pollution may frequently stimulate development.

Bacteria feed on the nutrients released by fleshy algae on reefs, and when the number of microbes increases, they deplete oxygen in the ecosystem or bring illnesses.

Food fish, such as parrotfish, eat the algae off the coral on Saipan. When damselfish - algae growers - are removed from the ecosystem, they come in and guard the algae patches, according to Hasegawa a coral restoration specialist. 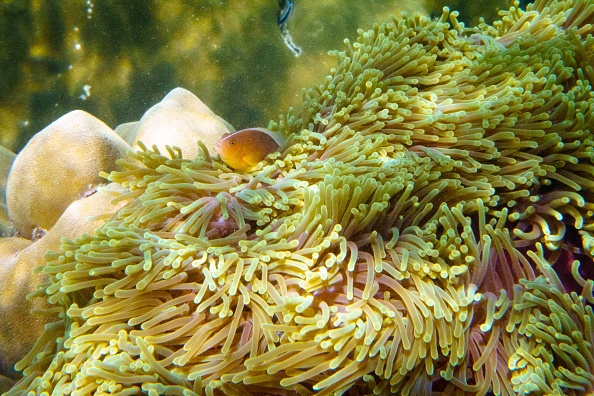 Hasegawa and her crew have been charged by the National Fish and Wildlife Foundation with restoring the Mariana Islands' reefs. To do so, they harvest coral pieces from healthy parent colonies on the island and connect them to one of the team's six coral trees, where they may develop healthily.

The "trees" are composed of PVC pipes with a buoy connected at one end to keep the tree upright. The other end is secured to the lagoon's bottom.

Overall, they resemble underwater christmas trees with coral attached, as described by Hasegawa. They're moored at Maagaha, a little islet in Saipan's lagoon off the west coast. The pieces are mostly out of harm's way here.

While Hasegawa claims that the Mariana Islands are not in danger, he believes that if nothing is done to protect the coral, they will be. Without coral, the island may be more susceptible to hurricanes.

Even though the coral is underwater, the reefs offer physical shelter from storms by breaking up wave energy, allowing the waves to smash ashore with less strength and, ideally, less damage to infrastructure and the coastline.

For Hasegawa, the necessity of caring for creatures stems from both the morality of conserving the ecosystem and the aesthetic value they provide.