Yellowstone Caldera was produced by a massive eruption around 631,000 years ago. New deposits discovered within the caldera are altering our understanding of how the catastrophe occurred. 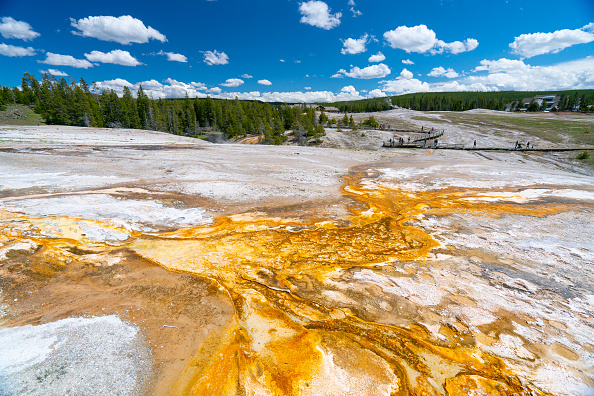 Possibility of a Huge Yellowstone Eruption

Although another tremendous explosive eruption of Yellowstone is improbable in our lifetimes, volcanologists can get insight into the timing of prior eruptions and what sparked them by studying the chronology of previous eruptions and what triggered them. A combination of detailed field mapping and geochemical analysis is the most effective method for determining the dates and origins of historical eruptions. Today, we'll look at why this is significant, as well as how volcanologists are approaching the Lava Creek Tuff eruption. 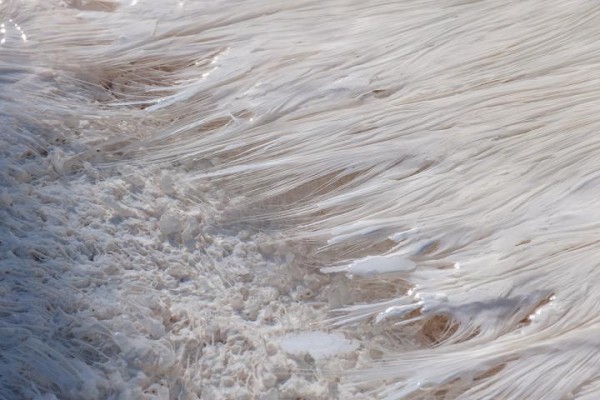 After tens of thousands of years of stillness, Yellowstone Volcano erupted again around 631,000 years ago. The Lava Creek eruption was only getting started. This eruption produced 1,000 cubic kilometers of rock and strewn ash throughout western America, southern Canada, and northern Mexico.

Scientists know relatively little about it, although it was the most recent of Yellowstone's two supereruptions (the other being the 2.1-million-year-old Huckleberry Ridge eruption; the 1.3-million-year-old development of Henrys Fork Caldera was too minor to be termed a supereruption). For example, scientists have discovered two previously unknown units of this eruption, which has significant consequences for the eruption's length.

A supereruption is commonly thought of as a single, huge event in which a shallow magma chamber a few miles under the surface is successfully emptied, forcing the overlying ground to collapse into the vacant region. Thus, this eruption may be envisioned as a massive outpouring of gas combined with molten material that forms a hot, dense ash-flow deposit (known as an "ignimbrite") that cools as a single cohesive unit. However, this is not necessarily a correct perspective. Layering in the deposits and evidence for cooling and material transport by wind and water have revealed that these episodes can have time gaps of hours to decades, according to studies of the Huckleberry Ridge Tuff from the 2.1-million-year-old caldera-forming eruption. The eruption was also fuelled by several magma sources, according to research on the Huckleberry Ridge Tuff.

What about the Tuff from Lava Creek? According to work done in the Sour Creek Dome region on the east side of Yellowstone National Park, the Lava Creek eruption is more complicated than previously imagined. Two ignimbrite units mapped in the 1960s and 1970s as Huckleberry Ridge Tuff have been shown by age dating to be sections of the Lava Creek Tuff in this location (temporarily called units 1 and 2 by geologists investigating the area).

So, what exactly is the big deal? Unit 1 is discovered as boulders in a coarse, near-vent deposit, indicating that it erupted, cooled completely, and then was broken up and transferred in the next event. The other newly identified ignimbrite (unit 2) was next deposited on unit 1 boulder-bearing deposit. Because huge ignimbrites take a long time to cool thoroughly, these deposits indicate a time gap of years to decades between the two episodes. All of this occurred before any of the previously mapped Lava Creek Tuff material erupted! 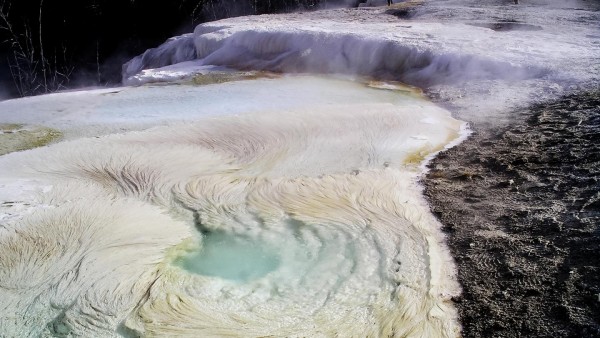 Raymond Salazar, a Ph.D. student at Montana State University, will re-map the entire Sour Creek Dome area and gather samples to better understand the eruption's geological history (under a permit issued by Yellowstone National Park). The pre-eruptive magma compositions will be identified by geochemical investigations of these rock samples, which can be used to estimate the temperature and depth of the magma chamber. The significance of this knowledge resides in identifying whether these two new units were "leaks" from a single huge "Lava Creek magma body" or independent pools of magma, as well as determining what prompted the earlier outbreaks.

There are always new stories to tell and problems to solve, even in a site like Yellowstone, where geology has been researched for decades.