Biden's administration has slapped down a Trump-era proposal that would have destroyed more than 3.4 million acres of crucial habitat for the fragile bird and exposed the old-growth forests where it lives to log, resulting in a win for the northern spotted owl. 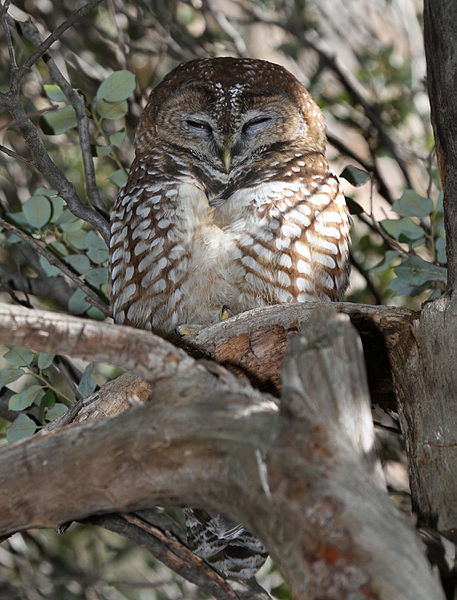 The tiny chocolate-brown spotted owl population, which dwells in wooded parts of Washington, Oregon, and northern California, has declined for decades and has already lost nearly 70% of its habitat. According to US Geological Survey research, their population has decreased by 77 percent in Washington, 68 percent in Oregon, and almost half in California, and scientists fear that future habitat loss would put them at risk of extinction.

Trump's interior secretary made a contentious decision only five days before leaving office, generally perceived as a parting gift to the wood sector. Since then, the Fish and Wildlife Service has determined that there was "insufficient reason and justification" for reducing the habitat of the endangered owl.

Related Article: Cassowaries, The World's Deadliest Birds, May Have Been the First Man-Bred Birds

Approximately 204,000 acres - or about 2% of the 9.6 million acres identified as owl habitat in 2012 - would be made accessible for development under the revised plan, while more than 3 million acres will be restored and conserved. In addition, the EPA believes that excluding certain properties from habitat designation will allow federal land managers to satisfy logging sector requirements while also helping to reduce catastrophic wildfires that continue to threaten western forests.

For decades, environmentalists, government agencies, and forestry have fought over the northern spotted owl. In 2012, the federal government enacted habitat safeguards to save the bird from extinction. Unfortunately, they've also been blamed for a logging halt that has wreaked havoc on rural areas. 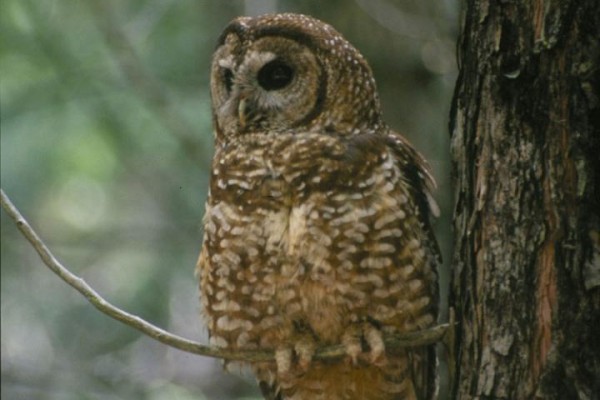 The logging sector has fought the modification, claiming that more thinning and management of protected forests is needed to avoid wildfires like the one that destroyed 560 square miles (1,450 square kilometers) of spotted owl habitat last year. The majority of that region is no longer deemed suitable for birds.

Officials at the agency write in their analysis of the rule change that timber harvesting does not reduce the risk of severe burns and that fuel reduction treatments - in which smaller, less profitable vegetation is strategically culled from the landscape - should be used instead restore forest health. However, the EPA ruled that these treatments can still be carried out in designated critical habitat by federal land managers.

Some of the acreage set aside under Tuesday's statement, according to timber interests, isn't genuinely spotted owl habitat or is divided up into pieces too tiny to maintain the owl. As a result, Nick Smith, a spokesperson for the American Forest Resource Council, an organization representing around 100 manufacturing and logging enterprises in five western US states, said the smaller habitat designation given under Trump was "legally and scientifically sound."

"The federal government can only set aside crucial habitat if it is suitable for the species." "That is the most pressing worry," he stated.

However, government biologists discovered substantial flaws in the science used to pass the prior regulation. Yet, according to records acquired by the Associated Press, Trump's interior secretary, David Bernhardt, and Aurelia Skipwith, the previous Fish and Wildlife Service director, ignored their worries and overestimated the threat of extinction.

Bernhardt has defended his actions, telling the Associated Press that Congress gave the interior secretary the power to withdraw places from protection.

Environmentalists applauded the decision, but they remain concerned that the EPA will allow any amount of logging on the property.

"We're delighted the Biden administration reversed the absurd and politically motivated decision to remove 3 million acres from the spotted owl's crucial habitat," Noah Greenwald, the Center for Biological Diversity's endangered species director, said. "It needs all the habitat it can get if it's going to make it," he said, adding that the remaining exclusions are "disappointing."

"On BLM territory, the Biden administration is tolerating the chopping of old-growth trees," he stated. "It's not what the owl needs, and it's certainly not what our climate requires."