Footage of an Exploding Whale Carcass Captured on California Coast

The internet user, who posted the footage on YouTube, reveals that the offal explosion occurred near Tomales Bay on the California coast. 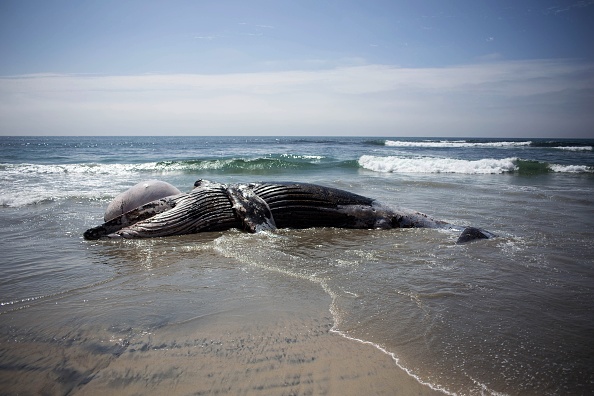 Since it's just a brief piece of video before the whale's identity is obscured by a billowing torrent of blood and organs, it's impossible to tell what type of whale is floating on the surface, although gray whales, blue whales, and humpback whales are the most popular marine mammals in the region.

Biologically fascinating is one way to describe it, as the clip soon became a game - Guess The Internal Organ. Following a gory explosion, everything from guts to lungs and what seems to be a spleen started coming out of the the lifeless whale's mouth.

Gassy outbursts like this one are a normal component of these creatures' disintegration, and stories of exploding whales have spread across the globe.

While their huge mouths and bodily cavities can retain the death burp for a long time, they are prone to eventually releasing it for maximum effect. Residents of Tainan, Taiwan, discovered this the hard way when a 60-ton male whale on its way to a scientific institution for a necropsy burst in the middle of a busy street.

In this case, the whale's intestines ruptured from its belly, splattering blood and guts all over businesses and houses. The following destruction prompted varied reactions, with some praising the foul odor and others rushing to "feel" the whale's testosterone production. 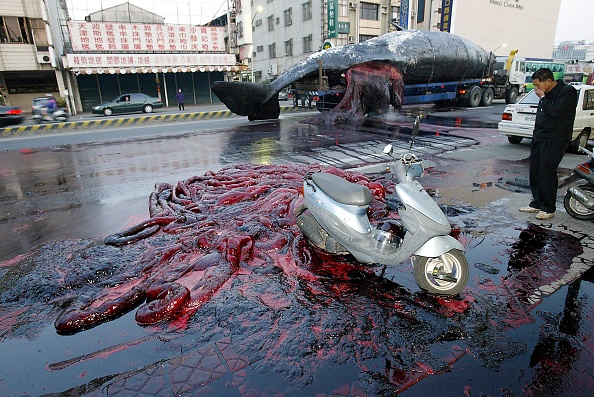 Of course, no discussion of exploding whales would be complete without mentioning the Great Whale Explosion of Oregon in 1970. Authorities believed they had no option but to conduct an explosion to remove a roughly 14-meter (45-foot) blue whale that washed up on the shore in Florence, and the consequences were... unpleasant.

Exploding a whale seems to follow the Goldilocks Principle: the number of explosives must be exactly perfect. The extremes are allowed; either a little amount to send the corpse out to sea, or a large amount to totally destroy the whale.

You would not want to be stuck in the middle, which is exactly where the highway division charged with blowing up the Oregon whale found itself on that fateful November day.

The ensuing explosion blew apart huge pieces of fat in a "mighty burst of tomato juice," as witnesses described it. Before smashing into buildings, vehicles, and people, whale boulders traveled a long distance.

In good humor, the people of Oregon chose to honor their history by naming a park after the horrific incident. When life offers you whale pieces, you should probably make the Exploding Whale, Memorial Park.

Related Article: Why Do Dead Whales Explode? Experts Warn People to Run If They See This on the Beach