Space weather - the altering conditions in space which are sun-driven - can heat up Earth's hottest and highest atmospheric layer, according to NASA satellite data.

Data from NASA's Global Observations of the Limb and Disk, or GOLD mission was utilized in the study. It was published in Geophysical Research Letters in July. GOLD,  a communication satellite which was launched on the SES-14 in 2018, looks down on Earth's upper atmosphere from geosynchronous orbit.

It was effectively "hovering" above the western hemisphere as Earth rotated. GOLD's unusual position allows it to maintain a stable view of one complete face of the globe, known as the disk. Every 30 minutes, it monitors the temperature of the Earth's upper atmosphere. 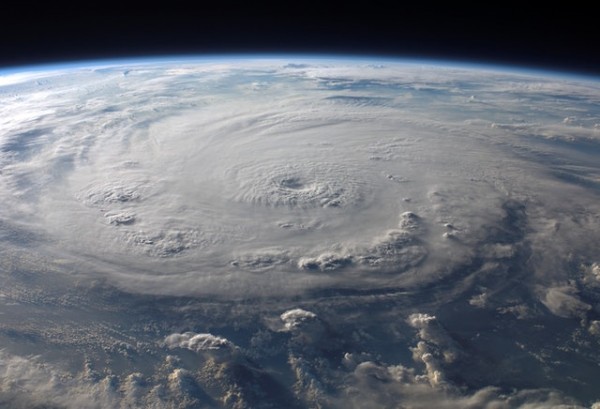 "Because of the kind of data we get from GOLD, we were able to find results that we couldn't acquire before," said Fazlul Laskar, the study's leader. Dr. Laskar works as a research associate at the University of Colorado, Boulder's Laboratory for Atmospheric and Space Physics.

GOLD observes the thermosphere, a portion of Earth's atmosphere between 53 and 373 miles (85 and 600 kilometers) in altitude. The aurora, the International Space Station, and Earth's hottest temperatures, up to 2,700 °F (1,500 °C), are all found in the thermosphere.

It achieves such tremendous temperatures by absorbing high-energy X-rays and extreme ultraviolet radiation from the sun. It prevents these types of light from reaching the earth.

However, the latest findings suggest that some of the warmth is caused by the solar wind - the particles and magnetic fields that constantly escape the sun.

The solar wind is continually flowing, but greater winds can cause geomagnetic activity by disrupting Earth's magnetic field.

When relating days with more geomagnetic activity to days with less. Laskar and his colleagues discovered a temperature increase of approximately 160 °F(90°C) in the thermosphere. It shows the sun's magnetic disruptions were heating up Earth's warmest atmospheric layer.

In the Earth's poles (where a weak point in the magnetic field allows some solar wind to enter theupper atmosphere), some heating was expected. GOLD's data, on the other hand, indicated temperature rises throughout the world, including near the equator, far from any incoming solar wind.

It may have something to do with altering circulation patterns, according to Laskar and colleagues.

High above us, air flows in a global circulation that pushes air from the equator to the poles and back again at lower altitudes.

The extra energy from the solar wind entering the thermosphere near the poles can change the circulation pattern. This drive winds and atmospheric compression that can boost temperatures even higher.

According to GOLD's data, the amount of heat provided varied depending on the time of day. The researchers discovered that the effect was stronger in the morning than in the afternoon. They believe that geomagnetic activity strengthens the circulation more during the night and early morning hours.

"We used to think that the thermosphere could only be changed by major geomagnetic events," Laskar added. "We're witnessing now that even small actions may have a big impact."

GOLD is painting a picture of an upper atmosphere that is significantly more sensitive to the magnetic circumstances around Earth than previously anticipated, thanks to its continual stream of temperature readings.

Related Article: Space Weather for Proxima B Revealed -- Is it Still Considered Habitable?