One brown bear assaulted a journalist's camcorder, resulting in a gruesome image which earned the artist honor.

Zack Clothier, a Montana-based professional photographer, set up a webcam bait aimed at an elk corpse in the hopes of capturing images of opportunistic animals. He came back only to find the equipment setting destroyed and just one clear image of the perpetrator: a big grizzly bear or also known as the Ursus arctos horribilis.

Titled 'Grizzly leftovers,' the photograph was taken shortly before the bear lunged at the camcorder.

Later on, October 12, Clothier learned that his picture had received the 2021 Wildlife Photographer of the Year Award for the Animals in their Environment category during an awarding event. 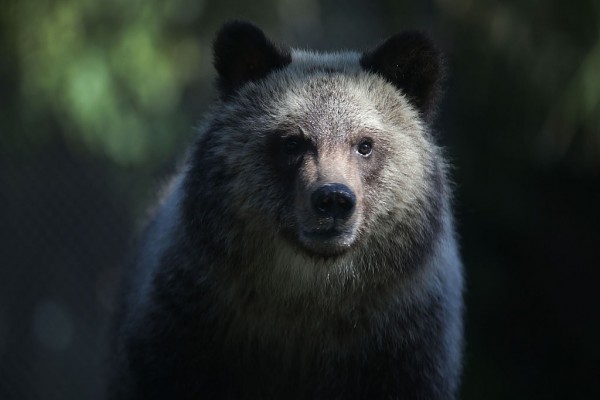 Clothier found the elk corpse nearby his Montana house during winter of year 2019 up to year 2020.

Wherein he arranged a digital bait by securing his camcorder in a container and mounting it on a tripod near the cadaver for approximately 2 months, till bears emerged from their winter hibernation at the start of spring.

"I was under disbelief, I couldn't grasp it," Clothier explained.

"I personally enjoy the photograph; it is indeed certainly a one-of-a-kind portrait."

Clothier discovered grizzly footprints on the trail leading to the corpse while returning to the location where he had abandoned his equipment.

As he examined another webcam, he'd put up to watch the path and saw film of a huge male grizzly leaving the footprints that same day.

Clothier noticed his photography box in disarray just at lower part of a tree near the cadaver. The camcorder was already torn from its stand and was pointed up in air, with scratch imprints on the casing and saliva on the lenses.

Luckily, the equipment survived the ordeal within its container, and Clothier was able to extract the grizzly photographs. Video pits use a thermal scanner to recognize movements and snap photographs.

"I lingered out for a bit mostly just creating disturbance, only to frighten anyone off the corpse that was on it, specifically the grizzly," Clothier recalled. Since he didn't notice anything, he examined the remains with caution.

Grizzlies are known to be quite territorial of corpses, and noise of the cam lens might probably frightened the bear.

"I suppose he simply noticed the noise and didn't like it, so he trashed it," Clothier remarked.

"Black bears have done comparable actions. I believe it is more of a wonder with men. They approach to check the device, sniff the lenses, nibble the casing, and beat it about a bit. Bears have a strong aversion to surveillance cameras."

On the 15th of October the photograph in titled, 'Grizzly leftovers' was displayed alongside fellow images from 2021 Wildlife Photographer of the Year competition in London.

The Natural History Museum in London creates as well as produces Nature Photographers of the Year. Beginning on Monday, October 18, the institution shall welcome submissions in next year's competitive rivalry till 6:30 a.m. ET on 9th of December.