The International Shake-Out is set for October 21 - Thursday - at 10:21 a.m. local time, and residents in United States are preparing for the world's largest earthquake drill.

During The Great ShakeOut, the world's largest earthquake drill, millions of people participate in the "Drop, Cover, and Hold On." People are invited to participate in the drill regardless of where they live, work, or travel because big earthquakes can strike anywhere.

The ShakeOut goal is to teach us how to protect ourselves and to make everyone more prepared. The drill's purpose is to lessen the casualties in case of a particularly strong earthquake.

Thousands of state and municipal institutions, including state governments, schools, and hospitals, are participating in the drill. Over 13 million people from the United States alone have declared they intend to participate in this year's drill.

The local ShakeOut drill is part of an international effort in which people practice "Drop, Cover, and Hold On" as a way to be safe during an earthquake. This means to most people, in most situations:

Also Read: 20,000 Swarms of Earthquakes Could Cause Volcanic Eruptions in Iceland, Experts Say

Hundreds of millions of individuals have enrolled to take part in the ShakeOut drill. Businesses, schools, and other organizations are encouraged to sign up and take part in the event. The ShakeOut website contains a lot of information and resources, including easy-to-print PDFs and posters, to help people stay safe when earthquakes strike.

Every day, there are approximately 50 detectable earthquakes around the world. There are, however, millions of earthquakes that are too weak to be felt every year, according to estimates.

While many people believe California is the most earthquake-prone state, earthquakes can be felt in every state in the US, with Hawaii having the most. Hawaii has seen 353 earthquakes with magnitudes larger than 1.5 in the last 30 days, and 42,699 in the last year. 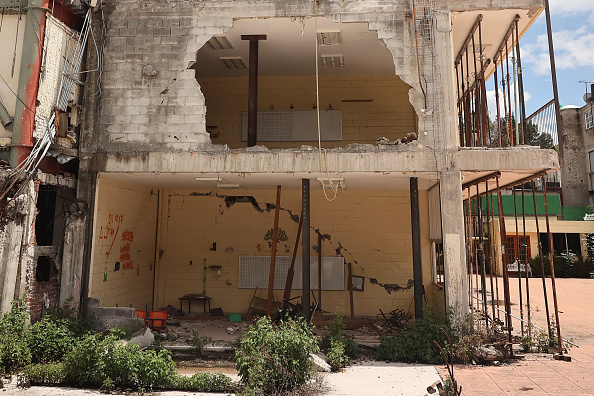 A 7.7 magnitude quake in Missouri was also a top quake for the country, causing damage across a large portion of the eastern United States. Tsunamis can be triggered by powerful earthquakes in the United States and elsewhere, posing a threat to both the Atlantic and Pacific coasts.

Because of the current COVID-19 global epidemic, this year's drill will be different. Participants are adjusting their ShakeOut activities to the COVID-19 pandemic by using video conferencing, adopting staggered or alternative dates, and according to local health and safety rules.