No one knows why an enormous white whale is swimming off the coast of Seattle. The white whale has been observed swimming in Puget Sound in the greater Seattle region for the previous week. A beluga, a stray cetacean, is typically found in the Arctic and subarctic seas.

According to Howard Garrett, co-founder of Orca Network, an organization promoting awareness to whales in Puget Sound, "the nearest beluga population in Cook Inlet, Alaska," roughly 1,500 miles (2,400 kilometers) distant from Seattle. "I haven't tested the water temps up there, but I'm sure they're cooler than here." 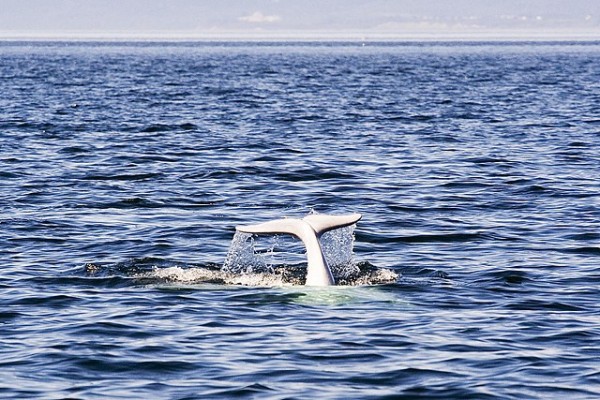 "To be sure, it was a strange experience," Rogers said in an email to Live Science. "We didn't expect to encounter a whale, let alone a beluga while sailing in Commencement Bay. Nevertheless, it was there, swimming along happily, although it seemed out of place."

Other individuals saw the beluga (Delphinapterus leucas) swimming at three different shipyards in Puget Sound. "I'm not sure what a shipyard has to offer a beluga," Garrett remarked. "I'm not sure whether it's a hint if it implies it was held prisoner in a shipyard someplace near a big port, but we don't have any documentation, and we have no idea where that would be, certainly not in North America." 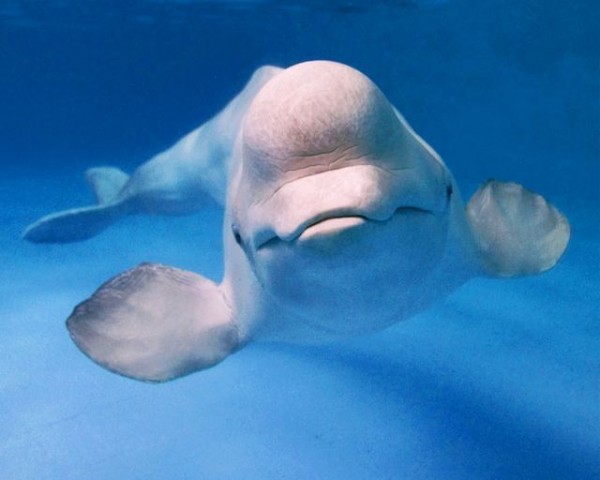 According to Live Science, a beluga whale discovered in Norwegian seas in 2019 wearing a harness that said "Equipment of St. Petersburg" was suspected of being a Russian spy. According to the BBC, the beluga, called Hvaldimir, is still swimming in Scandinavian seas, and animal welfare campaigners are concerned that it may not be able to hunt alone and avoid humans.

There are no hints as to where the discovered beluga came from. Garrett explained, "We've seen no marks, no indication of where it originates from."

According to the Georgia Aquarium, beluga adults are white, like many other Arctic and subarctic species, which helps them blend in with a world of snow and sea ice. Beluga whales are also renowned for their distinctive "melons," spherical lumps on their heads used by the whales for communication and echolocation. In reality, beluga whales are gregarious animals that live in pods of up to 100 people, making this lone whale's voyage all the more intriguing, according to Garrett.

So, what made this whale go off on its own?

"Until we get more information, my default opinion is that this whale just chose to go for a walk and see what it could find," Garrett said. "It had a strong desire to travel. It's scarce, although it does happen with various [beluga] populations now and again. So it's not completely unusual, but it is quite rare."

According to Garrett, the last confirmed sighting of a beluga whale in Puget Sound was in 1940. In 2010, a beluga was also reported in Puget Sound, but only one person saw it, and they were unable to obtain photographic confirmation of it.

According to The Mercury News, a beluga whale washed up dead in Baja California Sur, Mexico, in 2020. Why that whale went to such warm waters is still a mystery. "I'm not sure why a beluga would do anything like that," Garrett remarked.

Nonetheless, based on observations thus far, the Puget Sound beluga looks to be in good condition. "There's enough of it in Puget Sound," he added, adding that belugas consume squid, tiny fish, and crabs. According to Garret, other whales that live in Puget Sound include transient and resident orcas, as well as migrating gray whales, humpback whales, and minke whales.

Local whale and other animal groups, including the local branch of the National Oceanic and Atmospheric Administration (NOAA), are aware of the stranded beluga and plan to approach it carefully to photograph it. According to Garrett, such photographs may be compared to photos of other known beluga whales, which could help scientists determine where the Puget Sound visitor originated.