In 16-million-year-old amber, a 'once-in-a-generation' tardigrade fossil find shows new species. They've famously survived space travel and even come back to life after spending decades frozen in Antarctic moss. But, as difficult as it is to kill the odd tiny animal known as the tardigrade, finding one that has been petrified is much more difficult. In reality, till recently, just two have been discovered and adequately identified.

The new genus and species Paradoryphoribius chronocaribbeus gen. et sp. nov. (Pdo. chronocaribbeus) is fully preserved in 16-million-year-old Dominican amber from the Miocene, according to lead researchers from the New Jersey Institute of Technology and Harvard University. They published their findings in the Proceedings of the Royal Society B.

It, which measures just over half a millimeter, has been recognized as a member of the extant living tardigrade superfamily, Isohypsibioidea, and is the first tardigrade fossil discovered during the Cenozoic, which began 66 million years ago. 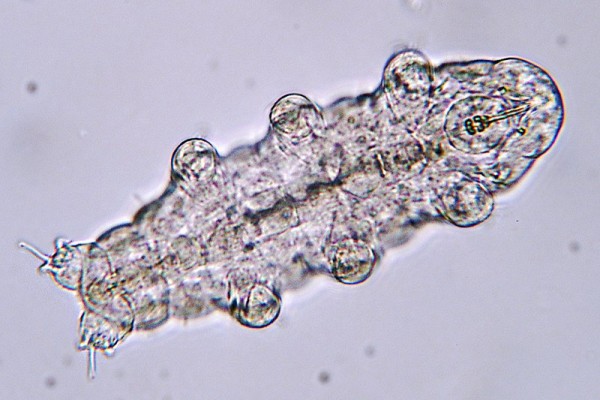 The ideal specimen is the best-imaged fossil tardigrade to date, with micron-level features of the eight-legged invertebrate's mouthparts and needle-like claws 20-30 times finer than a human hair, according to researchers. The new fossil has been deposited in the Division of Invertebrate Zoology at the American Museum of Natural History.

"Finding a fossil tardigrade is a once-in-a-lifetime opportunity," said Phil Barden, the study's principal author and an assistant professor of biology at New Jersey Institute of Technology. "What's fascinating is that tardigrades are an old lineage that has witnessed everything on Earth, from the extinction of dinosaurs to the development of plant colonization on land. Despite this, paleontologists consider them a "ghost lineage" due to the lack of a fossil record. Thus, finding any tardigrade fossil remains is a thrilling discovery since it allows us to observe their evolution through time."

Related Article: Three-Eyed Dinosaur Shrimps are Showing Up in Arizona 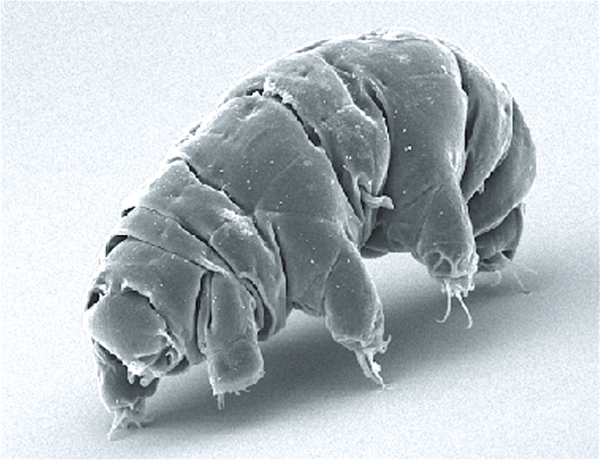 Tardigrades, also known as water bears, are known for their unusual appearance and self-preservation abilities; certain species have been known to survive extreme conditions by curling into a dehydrated ball and entering a state of suspended animation, known as cryptobiosis, in which their metabolism is virtually paused.

Rare tardigrade fossil finds like Pdo. chronocaribbeus, according to the researchers, could provide new molecular estimates that shed light on major evolutionary events that have shaped the planet's more than 1,300 species today, such as the miniaturization of their body plan into one of the smallest-known animals with legs.

However, one of the most challenging aspects of finding tardigrade fossils is their size.

"It's only a speck in amber," Barden explained. "In reality, Pdo. chronocaribbeus was initially a concealed inclusion in the corner of an amber piece containing three other ant species that our lab had been investigating for months."

According to Barden, tardigrades' tiny non-biomineralized bodies are particularly well-suited to preservation in amber made from plant resin, which can securely encase and preserve creatures as small as water bears and even individual bacteria.

However, one of the most difficult aspects of finding tardigrade fossils is their size.

"It's only a speck in amber," Barden explained. "In reality, Pdo. chronocaribbeus was initially a concealed inclusion in the corner of an amber piece containing three other ant species that our lab had been investigating for months."

According to Barden, tardigrades' tiny non-biomineralized bodies are particularly well-suited to preservation in amber made from plant resin, which can securely encase and preserve creatures as small as water bears and even individual bacteria.

"This specific method of fossilization contributes to the uneven fossil record," Barden stated. "Only 230 million years ago until the present day has fossil amber been discovered with arthropods trapped inside... That's less than half of the tardigrade's history."

While tardigrades are thought to have split from other panarthropod lineages before the Cambrian 540 million years ago, only two definite tardigrade fossils have been identified, both from Cretaceous fossil sites in North America.

"The fact that we had to use imaging techniques normally designated for cellular and molecular biology demonstrates how difficult it is to study fossil tardigrades," said Javier Ortega-Hernandez, an associate professor of organismic and evolutionary biology at Harvard. "We hope that our research inspires others to examine their amber samples more closely using similar approaches to understand these cryptic creatures better."

The findings place Pdo. chronocaribbeus in one of the three core classes of tardigrades, Eutardigadra, and make it the first definitive fossil member of the Isohypsibioidea superfamily, which includes a diverse group of species that live in both aquatic and terrestrial environments and are known for their distinct claws that vary in size leg-to-leg.

The discovery also gives the Isohypsibioidea family a minimum age.

"When it comes to an understanding of live tardigrade populations, we're only scratching the surface," Barden said, "particularly in regions like the Caribbean where they haven't been surveyed." "This work serves as a reminder that, for all the tardigrade fossils we have, we also know relatively little about the live species on our planet today."