According to a study on coral reef health, almost 14% of the world's coral has been destroyed in less than a decade. 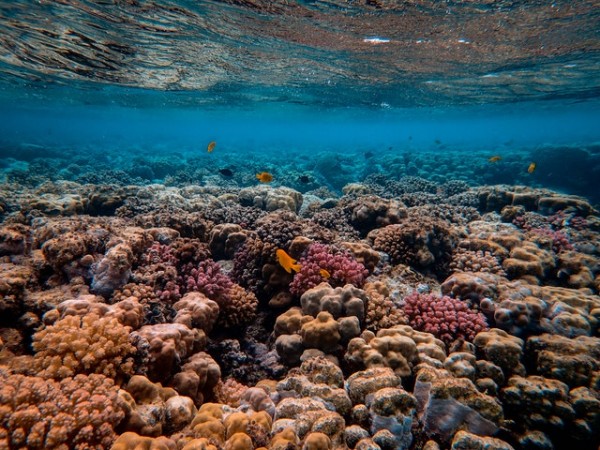 Scientists discovered that between 2009 and 2018, the globe lost around 11,700 sq km of coral - the equivalent of more than all the live coral in Australia - in the biggest study of coral reef health ever conducted.

Meanwhile, according to research issued on Tuesday by the Global Coral Reef Monitoring Network, reef algae, which grows when coral is stressed, increased by 20% between 2010 and 2019.

Over 300 scientists from 73 nations contributed data for the paper, including 2 million individual observations gathered over 40 years. 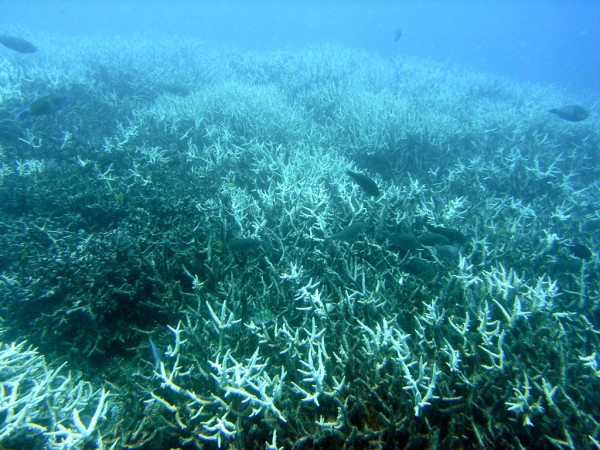 According to the study, coral bleaching episodes induced by rising sea surface temperatures were the leading coral loss, which looked at ten locations containing coral reefs. It was discovered that a major bleaching event in 1998 resulted in the loss of 8% of the world's coral, or roughly 6,500 square kilometers, with the greatest effect in the Indian Ocean, Japan, and the Caribbean.

According to experts, the drop in the previous decade occurred due to rising sea surface temperatures. They demanded immediate action, claiming that climate change was the greatest threat to the world's reefs.

However, there are some encouraging signals in the study. Scientists discovered that despite the pressures reefs were under, many were robust and could recover under the proper circumstances, mainly if quick action to prevent global warming was done.

The Australian Institute of Marine Science's chief executive, Paul Hardisty, described the news as "mixed." "There are evident worrisome patterns in coral destruction, which we should anticipate to continue as long as global warming continues. However, despite this, certain reefs have demonstrated an incredible ability to recover, providing hope for the future regeneration of damaged reefs.

"A clear conclusion from the study is that climate change is the greatest threat to the world's reefs, and we must all do our share to mitigate local pressures and reduce global greenhouse gas emissions." 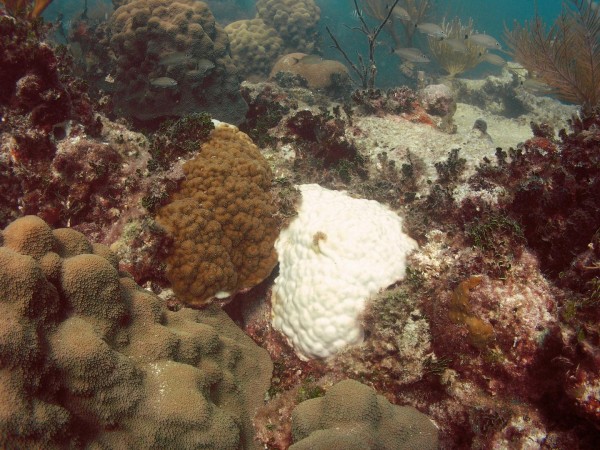 (Photo : Ilsa Kuffner, US Geological Survey)
Genetic differences among these bleached and healthy corals of the same species contributed to their fate. New guidelines for coral restoration outline a concrete plan for collecting, raising, and replanting corals that prioritizes genetic diversity, maximizing the potential for corals to adapt to their changing environment.

Coral reefs make up only 0.2 percent of the ocean floor, but they are home to a quarter of all marine species. For millions of people, they provide critical habitat, essential sources of protein, medications, food, work, and protection from storms and erosion.

While major bleaching episodes have been so frequent in the previous decade that coral has not had time to recover, scientists detected a comeback in 2019 when reefs restored 2% of their coral cover. They believe this gives them optimism that if the forces exerting pressure on reef ecosystems relax, they might rebound to pre-1998 levels within a decade.

Overfishing, irresponsible coastal development, and deteriorating water quality are some of the other threats to coral.

The latest findings come after a separate study published last month found that the world's coral reef cover has decreased by half since the 1950s.