A drug that is capable of preventing the worst result of covid-19 may finally come to our rescue anytime soon.

On the 1st of October being Friday, pharmaceutical companies Merck and Ridgeback Biotherapeutics publicized the preliminary outcome of a big trial testing out their experimental antiviral medication referred to as molnupiravir.

It was revealed that the drug decreases the chances of later hospitalization or mortality by about 50% in individuals at greater risk with mild to moderate sickness, the outcome was so dramatically positive thereby stopping the trial early. 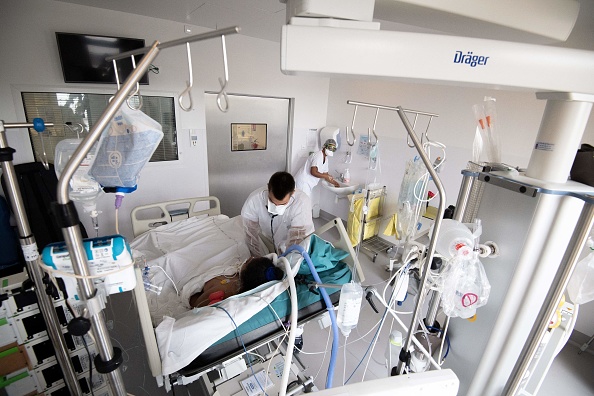 Now the companies are planning to seek an urgent use authorization for the pill, in spite of the fact that outside scientists are yet to vet the discoveries.

It is said that molnupiravir works by interfering with the ability of a virus to make a replica inside cells of the host, hopefully reducing viral load and making the immune system capable of clearing the infection faster, without becoming a more severe illness.

The development of the drug had been ongoing before the pandemic as a possible treatment for the flu and most viral diseases.

The intention of phase 3 double-blinded, randomized, and controlled trial of molnupiravir, referred to as MOVe-OUT, was to bring in about 1,500 unvaccinated individuals who initially noticed mild to moderate symptoms of covid-19 but were at a greater risk of serious illness because of their preexisting health.

As is not unusual, though, researchers carried out a temporary analysis of the trial when just 775 patients had been treated. Around 14% of the individuals on placebo finally became hospitalized or some lost their lives within 30 days, compared to about 7% of the individuals who were on molnupiravir.

There were no single deaths in the treatment group, compared to eight who lost their lives in the placebo group.

An independent board of outside scientists can put an early stop to clinical trials since the treatment seem very unlikely to work that continuing would be unethical.

But they can also be discontinued since the treatment seems a lot better than standard care that bringing in participants to a control or placebo group wouldn't be right. And the independent board accepted that this was the case here.

By the time the trial was officially ended, over 90% of it had already been recruited, though, so there is a possibility of more data sifting through, the companies say.

In a statement publicizing the results, CEO of Ridgeback Biotherapeutics, Wendy Holman said: "With the virus continuing to circulate widely, and because therapeutic options currently available are infused and/or require access to a healthcare facility, antiviral treatments that can be taken at home to keep people with COVID-19 out of the hospital are critically needed."

Despite the fact that for some time now molnupiravir has shown that it could possibly be a covid-19 treatment, there has been some disagreement and failure surrounding the drug also.