Scientists have been making advances in battling the global pandemic since it began, starting out from the bottom, and now here.

Seeing huge progress in vaccine technology and development, there's more hope in speeding up antiviral pipelines through development of working Covid-19 pills. In fact, Merck & Co., Inc., an American multinational pharmaceutical company, anticipates authorization for its oral COVID-19 antiviral drug, molnupiravir, by the end of the year, November as earliest.

Meanwhile, two other companies are near finish line as well.

A Pill that Works 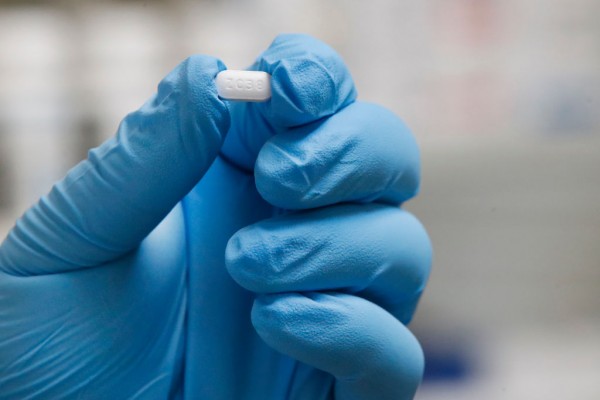 (Photo : Photo by GEORGE FREY/AFP via Getty Images)
A pharmacy tech holds a pill of Hydroxychloroquine at Rock Canyon Pharmacy in Provo, Utah, on May 20, 2020. - US President Donald Trump announced May 18 he has been taking hydroxychloroquine for almost two weeks as a preventative measure against COVID-19.

Easier and more convenient approach for Covid-19 treatment is around the corner as clinical trial for several antiviral drugs are expected to become available within the next few months.

Unlike antibiotics which are used to treat bacterial infections, creating antiviral drugs are much more difficult for several reasons. One limitation is that treating virus is more complicated than treating bacteria, since viruses attack our own cell reproduction. That explains why vaccines tend to work best for viruses than simple pills, as our immune system needs to recognize these invaders before becoming too sick.

As of now, there are at least three experimental antivirals in their late-stage clinical trials being developed in the U.S, Kaiser Health News reported on Monday. However, these drugs are made more of an early treatment and prevention of the illness rather than cure, taken orally as a pill.

Pfizer, the co-developer of the first approved covid-19 vaccine in the U.S., also announced on Monday the start of their large trial testing, code-named PF-07321332, a prophylactic.

Meanwhile, Merck is in Phase II/III trial of their drug development earlier this month.

Companies Roche and Atea Pharmaceuticals had also begun large trials of their drug called AT-527 earlier this summer and intends to release data from these trials within the next few months.

Also read: Mild COVID-19 Conditions Could Affect the Brain and Body from Months After Infection

How the Pill Works

Finding a highly effective treatment for covid-19 may be too good to be true and easier said than done, but this step is a pretty good start. Production of these pills should assist vaccines in fighting off virus, as it interferes its ability to replicate in a host cell, making it easy for the immune system to recognize and help clear infection.

Ideally, this would greatly reduce severe symptoms, hospitalization and serious illness. Scientists say prevention may work well from an infection when taken as a prophylactic.

Merck's molnupiravir was designed to work by introducing errors into the genetic code of the virus and also found to be most effective when given early in the course of infection.

One authorized drug for emergency use in the U.S is the antiviral remdesivir, which "seem to help hospitalized patients recover slightly faster", but there's limited evidence that it helps prevent death. Other treatments like monoclonal antibodies have also shown promising results but are more costly and not as accessible as simple pills.

The FDA-approved antiviral drug Tamiflu could perhaps be the 'most comparable' but some scientists think otherwise.