Scientists from a recent study had discovered that commonly prescribed anti-depressant drugs can halt growth of cancer cells in mice.

When combined with immunotherapy, these medication increases survival rates of rodents suffering from pancreatic and colon cancers, and even capable of 'completely' eliminating tumor growth in up to a third of cases. 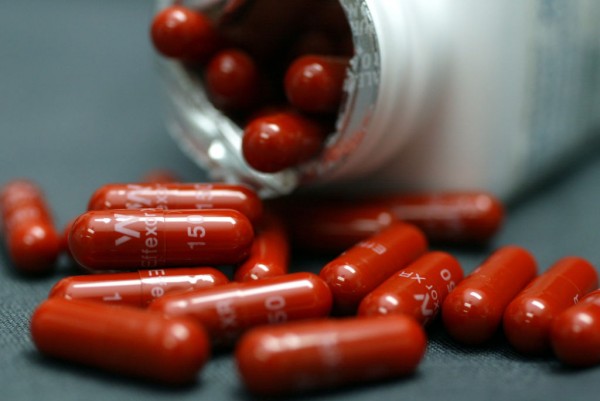 (Photo : Photo Illustration by Joe Raedle/Getty Images)
MIAMI, FL - MARCH 23: A bottle of antidepressant pills named Effexor is shown March 23, 2004 photographed in Miami, Florida. The Food and Drug Administration asked makers of popular antidepressants to add or strengthen suicide-related warnings on their labels as well as the possibility of worsening depression especially at the beginning of treatment or when the doses are increased or decreased.

There had been previous studies that shows how peripheral serotonin in the blood assists tumor cells to avoid recognition by immune system, thus playing a role in cell proliferation and cancer. However, the mechanism behind this effect has been unexplored.

The study authors dive into determining what role exactly does neurotransmitter serotonin play in cancer development.

"In addition, the pharmacological serotonin inhibitors fluoxetine and telotristat were able to enhance the effects of anti-PD-1 therapy to induce long-term tumor control in mice," authors wrote on their work published in the journal Science Translational Medicine.

Moreover, the tumors in engineered mice contained lower levels of PD-L1, an immunoinhibitory molecule that blocks killer T cells. Cancer immunotherapies find it wise to focus on restraining PD-L1 for that reason.

Without serotonin, the cancer cells are no longer recognized by the immune system

When common SSRI called fluoxetine was combined with anti-PD-L1 immunotherapy, proliferation of cancer cells has been curbed and enhanced survival rate sick mice. There was significant increase in killer T cell concentrations within tumors, "enabling eradication of large established tumors in 20 percent of mice."

In spite having other effective treatments for several years, most patients with advanced-stage abdominal tumors such as colon or pancreatic cancer die within a few years of diagnosis, as tumor cells become resistant to the drugs over time.

"This class of antidepressants and other serotonin blockers cause immune cells to recognize and efficiently eliminate tumor cells again. This slowed the growth of colon and pancreatic cancers in the mice," says Pierre-Alain Clavien, director of the Department of Surgery and Transplantation.

"Our results provide hope for cancer patients, as the drugs used are already approved for clinical use. Testing such drug combinations on cancer patients in clinical trials can be fast-forwarded due to the known safety and efficacy of the drugs."