According to one Silicon Valley firm, artificial intelligence-powered robots might farm more sustainably than traditional agriculture.

An agricultural technology start-up is a company that develops and sells agrarian technologies. Iron Ox's goal, according to the company, is to make the worldwide agriculture industry carbon neutral. They've also just raised €47 million ($53 million) from a group of investors, including Bill Gates.

When it comes to food manufacturing, CEO Brandon Alexander can't be accused of lacking experience. He spent every summer of his youth harvesting cotton, potatoes, or peanuts on his grandparents' farm in Texas.

Despite having a robotics degree "just to avoid agricultural labor," Alexander says he couldn't shake the idea that working in agriculture would allow him to have a greater effect.

The notion only became stronger when he learned that 40% of food cultivated across the world is thrown away before it reaches our shopping carts. 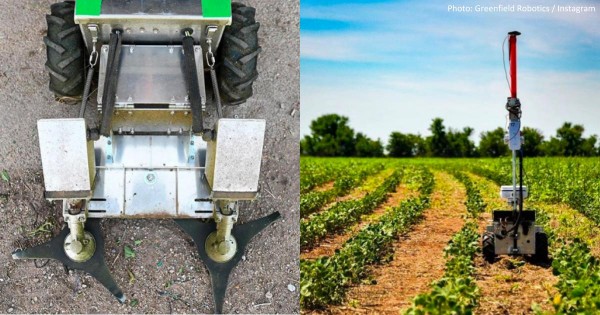 In 2015, Alexander quit his job to go on a six-month road journey throughout California. He wanted to learn firsthand about the issues that American farmers were facing and how technology could assist.

Along the journey, he learned about acute water scarcity, labor shortages, and various other concerns. Armed with this information, Alexander founded an autonomous farming business in 2018.

"We have to reimagine the entire grow process to truly reduce waste, to get to that next level of sustainability and effect," Alexander adds.

Grover and Ada, two robots in the company's greenhouse in Gilroy, California, are now using a hydroponic system to cultivate basil, strawberries, and other crops.

Iron Ox's technology employs artificial intelligence to guarantee that each plant receives the right amount of sunlight, water, and nutrients. Grover is responsible for transporting the plants to the dosing station, handed over to Ada, a robotic arm.

The halt is similar to a doctor's appointment-the aid of the sensor in detecting minerals and other elements required for proper development in the water. Following the assessment, customized fertilizer dosages may be supplied to the plants via the hydroponics system.

As a result, the farm creates less trash and only uses as much water as it requires. In addition, data from the crops are continually gathered, allowing the AI to understand what the plants need, boosting productivity and lowering environmental impact.

AI and Robotics in Agriculture 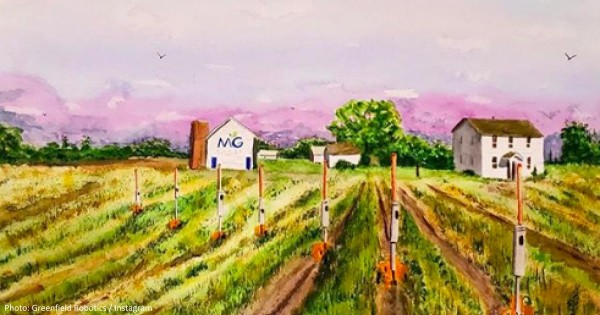 Farming has been transformed by technology throughout the years, and technical advancements have impacted the agriculture business in various ways. Agriculture is a major activity in many nations across the world, and with a growing population, which according to UN predictions will rise from 7.5 billion to 9.7 billion by 2050, there will be increased pressure on land, as only an additional 4% of the land will be cultivated. Farmers will have to do more with less as a result of this.

Farms generate hundreds of data points about temperature, soil, water use, weather, and other factors every day. This data is used in real-time with the aid of artificial intelligence and machine learning models to gain helpful insights such as when to sow seeds, which crops to plant, which hybrid seeds to plant for higher yields, and so on.

Precision agriculture is a term used to describe how AI systems are helping to enhance overall harvest quality and accuracy. AI technology aids in the detection of plant disease, pests, and inadequate agricultural nutrition. AI sensors can identify and target weeds, then determine the best herbicide to use in the area. This reduces the use of herbicides and saves money.

Also Read: Farmers and Food Workers to Get $600 Relief as Part of $700M Stimulus Check