The Atlantic churned another Subtropical Storm named Teresa on Friday afternoon, just 155 miles north-northwest of Bermuda, sustaining maximum winds of 45 mph. It has since weakened to a subtropical depression of 35 mph winds as of 11 a.m. EDT on Saturday, spinning 140 miles north of Bermuda.

The latest storm did not impose long-lived threats to the U.S. Nonetheless, it could still impact portions of Canada in the coming days.

"This storm is expected to track to the north and then northeast over the weekend before dissipating over the open waters of the Atlantic," AccuWeather Meteorologist Alyson Hoegg said. "Moisture from Teresa will be drawn northward along a lingering cold front along the East Coast into Atlantic Canada on Sunday." 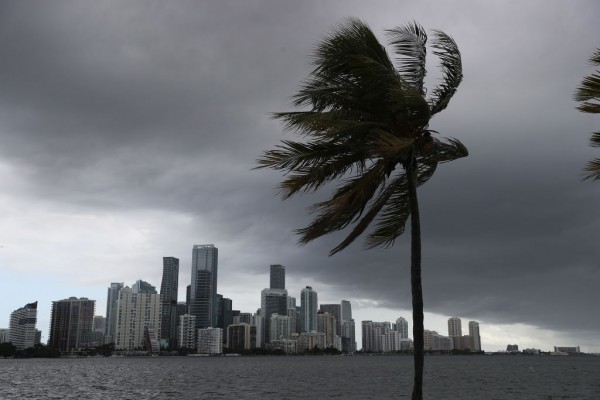 Short lived Subtropical Storm Teresa is forecasted to become a remnant low and "doesn't appear as though Teresa will impact Canada as it will start to move to the northeast," according to Meteorologist Eric Stone. It was described as "just a disturbance but now has developed a closed center... likely getting absorbed into another system off the New England coast in 48 hours."

However, the result of the storm could bring enhanced rainfall in Areas of Nova Scotia and New Brunswick that could lead to flooding. Overall, however, Hoegg said the "storm is expected to be very short-lived with few impacts made to land."

"The storm will only be around for 36-48 hours at most and the rainfall that will occur in Atlantic Canada will only produce localized flooding," she said.

Bermuda could also face some increased surf as a result of the storm.

Meanwhile, AccuWeather watches out for Hurricane Sam, which underwent rapid intensification and made to seventh hurricane of the 2021 Atlantic tropical season.

Teresa is the 19th storm to form which is well above normal. This year's Hurricane season has trailed behind last year's record-breaking season which collected 23 named storms by Sept. 24 - most active and the fifth costliest Atlantic hurricane season on record. It had the highest accumulated cyclone energy (ACE) since 2017.

After running through the entire list of storm names for the year, the National Hurricane Center used Greek letters to name the end-of-season storms. Only two storm names are left for the 2021 season, Victor and Wanda.

If it goes beyond, the World Meteorological Organization' supplemental list of names will be utilized.

At this point, AccuWeather forecasters watch Sam turn into Category 1 hurricane which increased a maximum sustained winds of 35 mph or more within 24 hours, surpassing that benchmark.

The cyclone's development does not show any signs of slowing down any time soon and indicated strong outflow that meteorologists refer to as 'venting', a typical signature of an intensifying hurricane.