People in Cape Canaveral, Florida, are thrilled as four individuals sat on a SpaceX Falcon 9 rocket headed for space. The clock got to zero, the engines made lively sounds and the passengers were ready to have the ride they've never had. 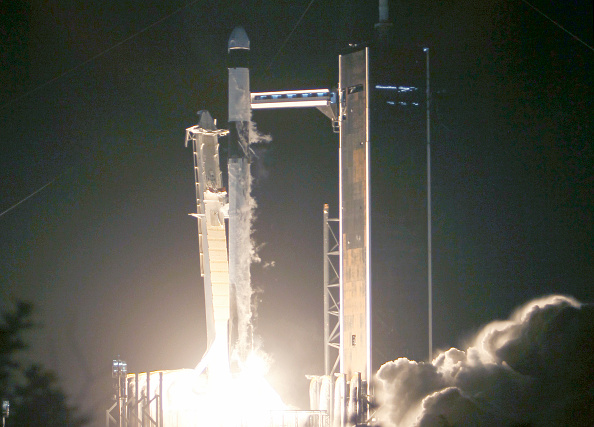 Not too long after 8 p.m. EDT Wednesday, Hayley Arceneaux, Sian Proctor, Christopher Sembroski, and Jared Isaacman took off from Florida on the first all-private orbital spaceflight, the Inspiration4 mission.

The launch was successful with the four crew members finally going into space. Their reason for embarking on this journey was to orbit the Earth for a number of days before coming back home.

This mission is very different from the one made by Jeff Bezos and Richard Branson, who both just made a short visit to space and didn't orbit the planet.

Calculating the number of crew members which is four, together with seven people on the International Space Station and another three individuals on the Tiangon Space Station, the total number of humans in space is 14. This is the first time up to 14 humans are in space at the same time all through spaceflight history.

Coming back to Earth, hundreds of thousands of people witnessed the launch online, but individuals all across the southeastern United States that went outside during the launch were lucky to witness the incredible sight.

As the rocket makes its way through the atmosphere, it climbed above the shadow of the Earth at some point, breaking out into the daylight.  After that, the plume of clouds and exhaust from the rocket was lightened up, creating an extremely exciting spectacle.

Ian Sager wrote on Twitter: "Words cannot describe how beautiful and amazing this launch was in person. Perfect weather, no clouds, no launch hold/scrub, and a LIT PLOOM!"

The launch and the clouds that follow were seen as far north as Virginia, though the display wasn't as magnificent as the one nearer to Florida. 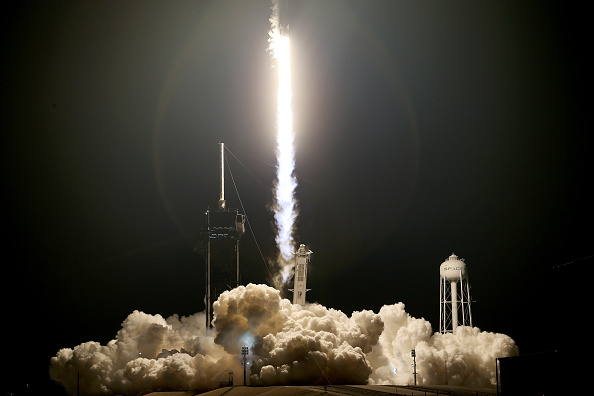 Some refer to this phenomenon as the 'jellyfish effect' because the shape of the cloud is like a jellyfish. SpaceX has created perplexing cloud formations during a rocket launch before and this is not the first.

Close to the end of 2017, SpaceX launched a Falcon 9 rocket without any crew from Southern California not too long after the sunset that created an extremely impressive light show for millions of viewers to see.

People all across Los Angeles witnessed the cloud form and develop in size, leaving some to form a theory that it was an alien spaceship instead of a man-made rocket.

SpaceX's first all-civilian crew came back to Earth after staying in space for three days, landing on water off the Florida coast to finalize a historic mission.