The recent increase in drought and heatwave have affected global agriculture resulting in rapid decline.  A new study enumerates the negative consequences of climate change and hot growing seasons on crop production around the world.

Study shows that 20 percent in parts of the United States, and up to 40 percent in eastern Europe and southeastern Africa are suffering from crop loss due to rising temperatures and combined effects of heat and drought.

Meanwhile, in places with cooler climate like northern United States, Canada and Ukraine, these combined effects of may reduce projected yield gains from warm temperatures alone. 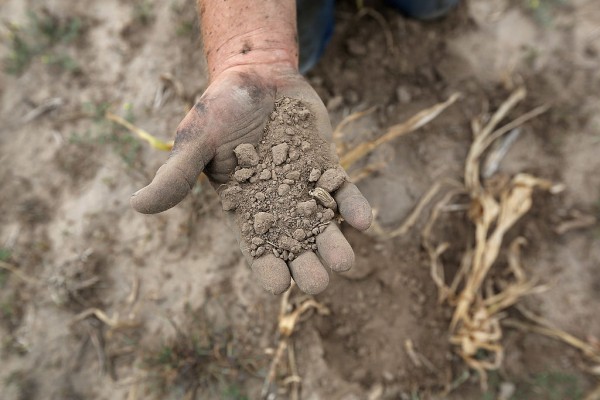 Climate risks of crops from global warming have long been identified but compound effects of heat and water availability on food crops are quite overlooked, according to authors.

Authors demonstrate in their study the heat sensitivity of key global crops and combining factors of local temperature and moisture in the climate system over the course 1970-2013.

Compound impacts of heat and drought

Historical data suggests that yields of maize and soybean are about 40 percent more sensitive to heat in areas where heat and drought are prevalent, compared to places with warm climate but does not suffer from insufficient water. This is basically because drought conditions make crops particularly thirsty and the soil has no means of cooling itself, as no water evaporates on it.

However, compound impacts of heat and drought were less important for other crops, such as wheat or rice. In fact, the warming climate benefited them in places including Asia. With that being said, greenhouse gases that continue to arise could destroy overall supplies of staple foods, thus also raising the risks of higher food prices and reduced food security, regardless if the country is developed or not.

Lead author Corey Lesk, a researcher at Columbia University's Lamont-Doherty Earth Observatory said that the study "uncovers a new risk to crop production from climate warming that we believe is overlooked in current assessments."

"As the planet continues to warm, water and heat may get more strongly interrelated in many regions, making droughts hotter and heat waves drier," Lesk added. "Plants will increasingly lack water when they need it most, and historically this has been especially damaging for crops."

In light of the study, the authors imply that although sensitivity of crop yields to heat alters as warming rises, variety of crops may generate a different response as what their results yielded. Lesk recommend that the study should motivate the industry to "introduce new crop varieties that can resist the colliding extremes."