Size Matters: Mars May Be Too Small to Support Life, Says New Study

Water is necessary for life on Earth and other planets, and scientists have discovered plenty of evidence of water on Mars throughout its early past. However, there is no liquid water on Mars now.

According to new research from Washington University in St. Louis, a basic explanation is that Mars is simply too small to contain substantial volumes of water.

Mars is "Too Small" 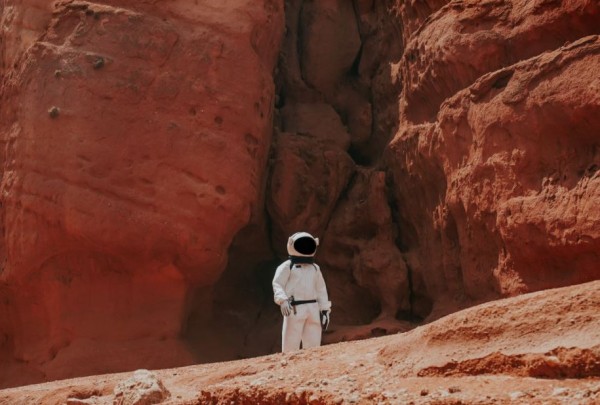 Mars was formerly water-rich, according to remote sensing investigations and analysis of Martian meteorites dating back to the 1980s. The Viking orbiter spacecraft and the Curiosity and Perseverance rovers on the ground have returned stunning photographs of Martian landscapes dotted with river valleys and flood channels.

Despite this, no liquid water can be seen on the surface. Many theories have been presented, including a weakening of Mars' magnetic field, which could have caused the loss of a thick atmosphere.

However, research published in the Proceedings of the National Academy of Sciences the week of Sept. 20 offers a simpler explanation of why today's Mars looks so different from Earth's "blue marble."

"Mars' fate was predetermined from the start," said Kun Wang, senior author of the study and assistant professor of Earth and planetary sciences at Washington University. "The size requirements of rocky planets to retain enough water to support habitability and plate tectonics, with a mass exceeding that of Mars, are expected to reach a limit."

Wang and his colleagues employed stable isotopes of potassium (K) to assess the presence, distribution, and quantity of volatile elements on several planetary bodies.

Although potassium is a fairly volatile element, scientists decided to employ it as a tracer for more volatile elements and molecules, such as water. This relatively novel method differs from past attempts to quantify the amount of volatiles Mars originally had using potassium-to-thorium (Th) ratios acquired by remote sensing and chemical analysis. Members of the research team previously studied the creation of the moon using a potassium tracer approach.

Using this method, the researchers discovered that during the formation of Mars, it lost more potassium and other volatiles than Earth but retained more than the moon and asteroid 4-Vesta, two much smaller and drier worlds than Earth and Mars.

The scientists discovered a clear link between size and potassium isotope composition.

"The reason for much lower abundances of volatile elements and their compounds in differentiated planets than in primitive undifferentiated meteorites has been a longstanding question," said Katharina Lodders, a coauthor of the study and a research professor of Earth and planetary sciences at Washington University. "The discovery of a link between K isotope compositions and planet gravity is a groundbreaking finding with significant quantitative implications for when and how differentiated planets received and lost volatiles."

Wang now believes that planetary size should be stressed and evaluated more frequently when determining whether or not an exoplanet might host life for planets in habitable zones.

"One of the criteria that are easy to establish is the size of an exoplanet," Wang said. "We now know whether an exoplanet is a contender for life-based on its size and mass because size is a first-order determining factor for volatile retention."