Penguins are flightless, torpedo-shaped birds that dwell in the southern hemisphere. When most people think of penguins, they think of a little, black-and-white creature, yet these birds come in a wide range of sizes and colors.

A newly discovered giant penguin fossil in New Zealand that stood around 4.5 feet (1.4 meters as tall as a kid) tall, had huge legs, and beaks, was just found.

One of New Zealand's Most Remarkable Ancient Fossil Discoveries 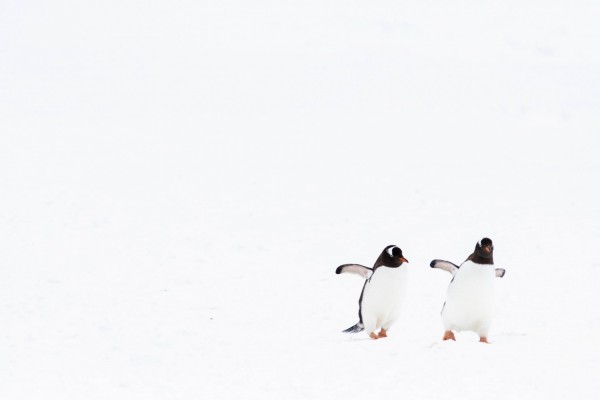 During a field trip on a tiny peninsula near Kawhia Harbor, club members from Hamilton Junior Naturalist Club (JUNATS) aged from 10 to 18 headed by fossil specialist Chris Templer had discovered the most complete giant penguin bones yet discovered. Experts called it the Kairuku waewaero: since "waewae" means "legs and "roa" means "long" in the Mori language

The young naturalist from JUNATS had originally mistaken it for a rusted propeller since it was poking out of a piece of sandstone that had been exposed by the water. However, Templer and another group leader, Tony Lorimer, immediately realized they had discovered something special. The fossilized remains were recognized as one of the country's most remarkable ancient fossil discoveries.

While JUNATS mentor Dave Matthews does not think fossils can be possessed, he believes the club's most valuable asset has always been best researched and maintained at the museum.

Scientists measured and scanned the skeleton there before recreating it as a three-dimensional model and was being compared to the other Paleogene giant penguins, and measurements revealed that K. waewaeroa would already have overshadowed other Kairuku penguin species, according to study co-author Daniel Thomas, a senior lecturer in zoology at Massey University's School of Natural and Computational Sciences in Auckland, New Zealand

The giant penguin's fossils were much bigger than today's Emperor penguins. It existed between 27 and 34 million years ago during the Oligocene period. It was around 1.5 meters tall and weighed about 100 kg (about the weight of a professional basketball player).

Despite being a giant among penguins, K. waewaeroa is significant to New Zealanders for several reasons. Their longer legs may have contributed to the species' enhanced aquatic ability, helping it to swim faster and dive deeper according to Daniel Thomas.

Penguins, who are classified as marine birds, spend up to 80% of their life in the water, although it is a popular misconception that all penguins dwell in Antarctica, they all inhabit in the Southern Hemisphere. Penguins may be found on all the continents in the Southern Hemisphere. The idea that penguins can only survive in frigid regions is also a misconception. The Galapagos penguin, for example, lives on equatorial tropical islands

They are carnivores, meaning they exclusively consume meat. Krill (small crustaceans), squid, and fish are all part of their diet. Some penguin species can deplete an area's food resources significantly. According to Sea World, the breeding population of Adélie penguins (about 2,370,000 pairs) may devour 1.5 million metric tons (1.5 billion kg) of krill, 115,000 metric tons (115 million kg) of fish, and 3,500 metric tons (3.5 million kg) of squid every year.