Catastrophic wildfire smokes in Australia from the past two years were found to have been accumulated to the skies and took a while to settle on waters, triggering a phytoplankton bloom bigger than the country observed from space.

The Himawari 8 Japanese weather satellite showed aerosol plume generated in the earlier month of year 2020, stretching over the South Pacific.

Scientists say that the aggressive 2019-2020 Australian bushfires effects were so extreme that it decimated 5.8 million hectares (14.3 million acres) of broadleaf forest just covering September 2019 and January 2020, with Victoria and New South Wales as the hardest-hit states. 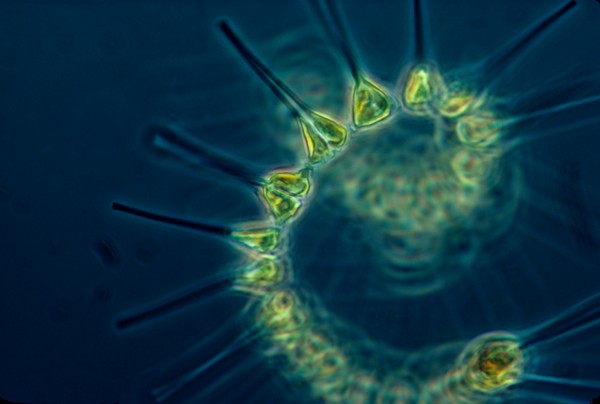 (Photo : Photo by NOAA on Unsplash)

Not only that, but it was also recently found that the 2019-2020 fire also triggered an unprecedented phytoplankton bloom in the region that lasted for around four months, "shown in a 22-year satellite record," said co-author Professor Peter Strutton.

"What made it more extraordinary is that the part of the season when the bloom appeared is usually the seasonal low point in phytoplankton, but the smoke from the Australian bushfires completely reversed that."

Emergence of a phytoplankton population blooms in the ocean could come from a number of things. One with the most popularity is the influx of iron, which is crucial for photosynthesis and phytoplankton growth. Researchers believe that the plumes from the bushfires may have carried this, which peaked at altitudes of 16 kilometers before settling in the Southern Ocean. They were able to confirm an increased concentration of phytoplankton through satellite data and autonomous profiling floats deployed across the region.

It is estimated that smokes dumped were three times the amount usually detected in the region, which unsurprisingly hosted a conducive residence for the phytoplankton, making their reaction 'swift'.

"Acceleration in phytoplankton growth as the fires took hold in Australia was so quick that it only lagged the blazes by a few weeks and in some cases just days," said Jakob Weis, contributor to the study.

Also read: Black Carbon: How Long Do These Heat-Absorbing Particles Linger in the Atmosphere?

"The fires we found on just one day, January 8, deposited 25% of the black carbon and iron for the whole of January into that part of the ocean," Weis explained.

So, what could this mean and is this harmful?

Actually, phytoplankton blooms aren't totally culprits. Blooms absorb carbon dioxide as part of the photosynthetic process, removing significant amounts of carbon from the atmosphere which is "roughly equivalent to the amount released by the fires."

In fact, 'fertilizing' iron in our oceans is often suggested to promote phytoplankton growth and fight against climate change. However, it is not safe to conclude how an explosion of phytoplankton could influence marine ecosystems.

"With increasing risks of bushfires in some areas, and the potential impact on climate, this research shows that we need to turn our attention to the consequences of fires at a global scale," said Strutton.

The professor added that far more comprehensive representation of wildfires should be done to adapt to future climate change.