Are Your Cooking and Shopping Habits Helping or Harming the Environment? 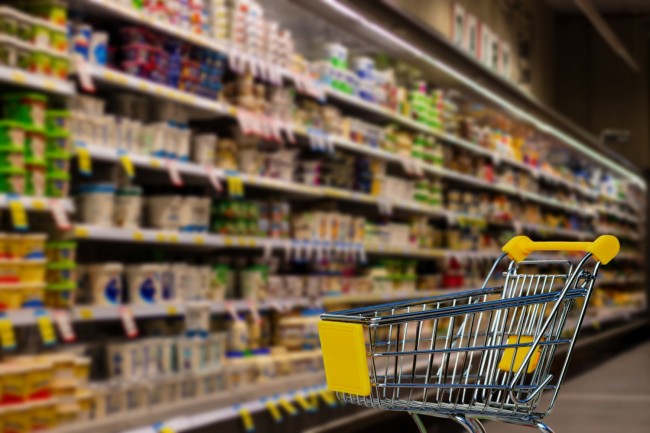 (Photo : Image by Tumisu from Pixabay )

While most people are far more aware now of the harm that has been caused to the environment, there are still many who are unwittingly causing more damage each day.

Many of the usual daily habits that people do could easily be changed to be more eco-friendly, but it is often simple ignorance or forgetfulness that causes the problems. Sometimes poor habits are due to laziness, or because change can seem difficult at times.

However, there are ways to be more eco-friendly in daily life without making huge or difficult changes. Being more environmentally friendly doesn't mean having to spend a vast amount of money either. It could be something as simple as committing to using less electricity.

Cooking and food shopping are two of the areas that can contribute to problems with the environment. Waste food, packaging, and fossil fuels all cause issues for the environment, along with farming and transportation.

Are you doing what you can to help, or are there ways you could improve quite easily?

The amount of waste oil used is a huge concern

While the amount of oil being used by restaurants, hotels, and in homes, is not necessarily a concern, the way it is disposed of is.

Perhaps more disturbing is that a tiny nation such as England can produce nearly ten percent of the world's waste cooking oil by itself. Note, this is just England, not Great Britain. so it doesn't include Wales or Scotland. Clearly fish and chips are still highly popular over the pond.

Fortunately, there are uses for waste cooking oil including clean biodiesel. Unfortunately, many people do not recycle their used oil, nor do they dispose of it properly. The change you can make is to never pour oil down the sink, into the sewer, or onto the ground. Instead, find a recycling facility and take the oil there.

Alternatively, reduce how much oil you use

If you are finding it difficult to dispose of waste cooking oil properly, then perhaps try and cut down on how much you use. You can do this by cooking your food differently.

Air fryers can be costly, but if you are a big fan of fried food the expense may be worth it as you can improve your calorie and fat intake while using very little oil.

These appliances cook by circulating very hot air with a fan which then recreates the appearance, texture, and taste of fried food. Because they use little or no oil, there will be no waste to worry about. You will also save money on buying cooking oil, so eventually, the air fryer will pay for itself.

Use appliances that are more eco-friendly

If you are due a change to your cooking appliances, then you could consider a multi-cooker. The Instant Pot is one such pressure cooker that has extra cooking modes fitted.

Although these appliances use extremely high temperatures to cook, they do so for a very short time. This means that they actually use a lot less energy than traditional cooking methods. It has been reported that they can cook food faster and with up to 70% less energy used.

This is useful for off-setting against ingredients that are less sustainable. When it comes to carbohydrates, potatoes are more sustainable than pasta and rice. However, if you combine this pasta recipe from Corrie Cooks with an Instant Pot, you can at least be assured that you saved energy.

Instant Pots also seal all their heat in, so very little energy escapes during the process. The pot is designed to heat the food, not the surrounding areas.

This is the simplest change any shopper can make. Everyone knows plastic bags are bad, and most people try to avoid them like the plague. If you are still picking up bags at the shop, start reusing them.

However, it isn't just the shopping bags that are the problem, it's what you put into them too. When buying produce try to buy loose vegetables and fruit. Firstly, you will save money. Secondly, you will use less packaging.

The pre-packaged goods in supermarkets are there to attract shoppers to the higher-priced items. Some say that the packaging keeps the products fresher for longer, but paper bags for mushrooms are far better than sweaty plastic.

Take your own bags where possible to reduce the amount you need from the supermarket. Use local retailers and producers to cut down on the transport where you can.

If you have a backyard then the compost can help your plants and vegetables grow strong and healthy. If you don't have any need for compost then it is still worth making.

The chances are you have a neighbor, a friend, or a composting collection service that wants your waste food. You might find out that you will soon be required to do this anyway.

Some states have food waste disposal bans to encourage a drive towards composting. If this spreads nationwide then composting will become a regular thing for

Here is another simple change that anyone can do, unless you're the guy who's been eating a Big Mac every day for the last 50 years or so.

Not only will reducing your red meat intake be good for your own health, but it will help the planet too. You will reduce the chances of stroke, diabetes, or heart disease happening to you.

Epicurious stopped posting beef recipes in response to environmental concerns. The carbon footprint is caused by transporting meat, and the pollution is caused by farming cattle.

Appliances such as the Instant Pot can help reduce how much energy you use, but so can simple things such as turning off unused electrical items. Switch off the lights when you leave the room. Don't wash half loads of clothes, wait until you have more. Opening doors and windows on hot days means that the AC can be lowered.

Turning off appliances can help to lower the temperature in the home, therefore negating the need for constant air conditioning. Avoid using cookers during hot days so that the AC doesn't have to work so hard.

Creating electricity requires burning fossil fuels. This produces emissions and it is said that nitrous oxide levels are on the rise again. Reducing energy usage will help the environment, and save you money.

If possible, consider solar power options. The garden is a great place to use solar power for deck, fence, and security lighting.

Making big changes can be difficult, and it is easier to carry on with old habits. The fear of making big investments to change old appliances to more modern ones can be off-putting, but really these changes can be made slowly over time.

Once your old bulbs go, replace them with energy-saving versions for instance. Small changes in your cooking and shopping habits could make big differences over time, and most of them will also benefit your wallet.