Long-dead animals' exteriors seldom make it into the fossil record. That's why a recent examination reveals a complex covering of scales, studs, thorns, lumps, and wrinkles on this remarkably well-preserved skin of a renowned predatory dinosaur. 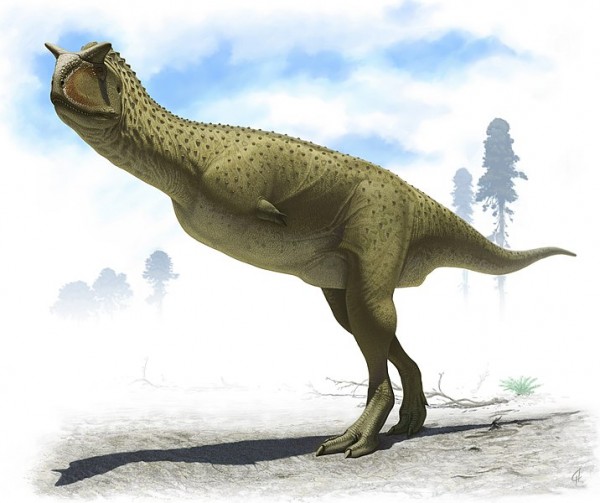 The remains of the horned abelisaurid (Carnotaurus sastrei), a strange-looking predator, were discovered in Patagonia in 1984. It was the first meat-eating dinosaur ever discovered with fossilized skin, and the fine imprints covered virtually every aspect of the predator, from head to tail, at the time.

At times, the uneven surface resembles Australia's prickly devil (Moloch horridus), yet experts' ridges on other scales resemble elephant skin. There isn't even a trace of a feather anywhere.

Only the abelisaurid's horned head's petrified skin was missing; experts have now thoroughly studied and documented the find. 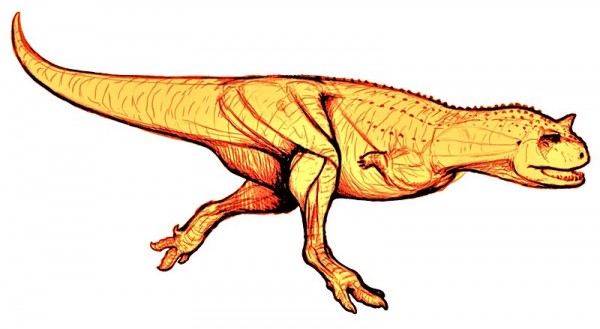 The new research revealed no indication that the dinosaur's scales were organized in irregular rows of varied sizes depending on where they were located on the body, unlike previous, short descriptions of the skin impressions (as we see on some modern lizards, for example).

For example, when the scales extend further down the tail and away from the dinosaur's center, they don't become smaller. Instead, the biggest scales are dispersed across the thorax and tail.

"We discovered that the skin of this dinosaur was more diverse than previously thought, consisting of large and randomly distributed conical studs surrounded by a network of small elongated, diamond-shaped or subcircular scales," says paleontologist Christophe Hendrickx of the Unidad Ejecutora Lillo in San Miguel de Tucumán.

Although feathered dinosaurs are more widespread than previously thought, not all prehistoric species developed such elaborate ornamentation.

Even dinosaurs that descended from the same ancestor as modern birds did not always have feathers. Large terrestrial predators like the Tyrannosaurus rex and the horned abelisaurid had scaly, lizard-like skin.

These famous predators belonged to theropods, a group of hollow-boned, two-legged dinosaurs from which modern birds descended.

These considerably larger feature scales have a domed look, similar to Diplodocus - a long-necked herbivorous dinosaur with domed scales. Others resemble the scales of tyrannosaurids that existed in the Late Cretaceous, about 70 million years ago, and are formed more like diamonds, with considerably greater lengths than widths.

Another question is why the horned abelisaurid originally had such a diverse spectrum of large and tiny sizes.

The huge, conical scales observed on Carnotaurus were thought to provide "some degree of protection during combat" by scientists in 1997, but the authors of this new study claim these scales would be useless against teeth.

"Alternatively, feature scales may simply have performed a display/coloration role in Carnotaurus and more generally across dinosaurs," they speculate.

This is comparable to contemporary bird feathers, which may be used for show or flying. However, given that feathers are considered to have originated from scales, the similarity in diversity may not be a fluke.

Other resemblances are more challenging to pinpoint. The horned abelisaurid's tail, for example, contains a pattern of vertical ridges or grooves, making it one of the most exciting scales on the animal. 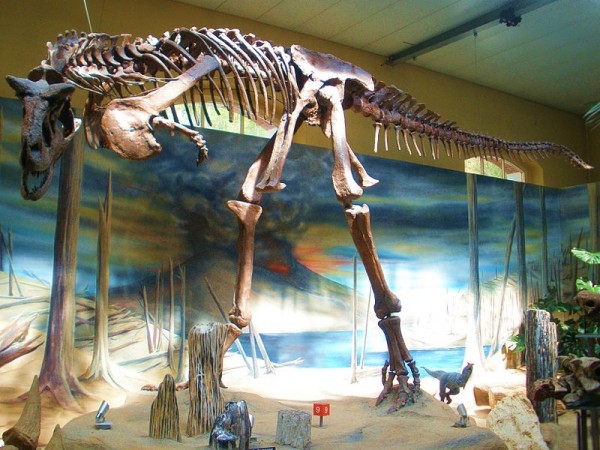 According to the scientists, these parallel lines resemble elephant skin wrinkles and considering that both theropods and African elephants are big terrestrial animals without sweat glands that live in hotter temperatures, these ridges may have similar purposes. (African elephants have wrinkles on their skin to increase surface area and more efficiently evaporate heat.)

"While we do not claim that Carnotaurus and elephants thermoregulated in the same ways (i.e., using evaporative cooling), we do note that their integument shares distinct gross morphological similarities, despite one having scales and the other having a highly modified mammalian epidermis" the authors write.

Theropod skin is likely to have played at least some function in thermoregulation, they believe, regardless of the specifics. So future studies on the scaly skin of early dinosaurs might reveal a lot more than just their appearance. It might also reveal information about how they lived.