Science reveals that the dreaded Tyrannosaurus or T. Rex was actually not always at the top of the food chain. About 90 million years ago, a giant apex predator twice the length of a T. Rex existed.

Dinosaurs have been quite successful in emerging and ruling the Earth between 240 million and 230 million years, until the time when a giant asteroid hit at the end of the Cretaceous period. They had evolved widely from mostly dog- and horse-size creatures into the most enormous beasts that ever existed on land.

One among these groups is the meat-eating dinosaur which researchers named as Ulughbegsaurus uzbekistanensis, a new species identified as a carcharodontosaurian theropod dinosaur from a fossilized jawbone found in the Republic of Uzbekistan.

The apex predator of the Bissekty ecosystem 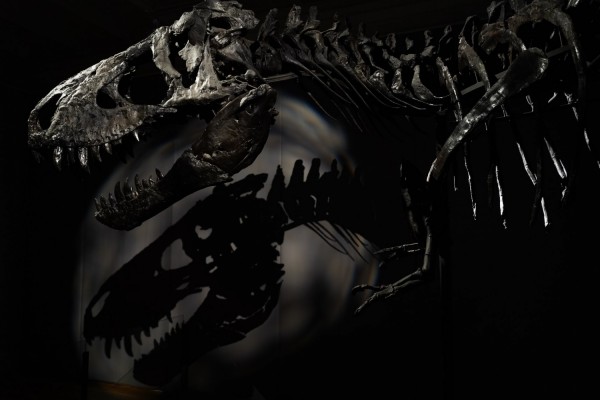 The 26-foot-long (8 meters) beast weighing 2,200 pounds (1,000 kilograms) - that is twice larger the length and more than five times heavier of T. Rex - is a medium to large-sized predatory theropod dinosaur.

Its chunk of jawbone was found in Uzbekistan's Kyzylkum Desert in the 1980s, and rediscovered by researchers Uzbekistan museum collection in 2019 was enough to suggest that it was a carcharodontosaur, or a "shark-toothed" dinosaur. They were believed to have roamed around the planet during the Late Cretaceous epoch, between 92 and 90 million years ago.

"We described this new genus and species based on a single isolated fossil, a left maxilla, or upper jawbone," said lead author Dr. Kohei Tanaka, a paleontologist at the University of Tsukuba.

Researchers were able to measure its size through the preserved portion of the maxillary tooth row, which later on indicated that "this individual was at least 7 m (23 feet) in total body length and over one ton in body mass."

A case of convergent evolution

"Our discovery indicates carcharodontosaurs were still dominant predators in Asia 90 million years ago," study lead researcher Kohei Tanaka, an assistant professor at the Graduate School of Life and Environmental Sciences at the University of Tsukuba in Japan said.

Peter Makovicky, a professor of paleontology at the University of Minnesota, although not involved in the study, agreed that U. uzbekistanensis was likely at the top of the local food chain.

The team believed that the U. uzbekistanensis which is the last known occurrence of a carcharodontosaur is not far from and share similar characteristics with that of a tyrannosaur, thus a case of convergent evolution.

"As one of the latest surviving carcharodontosaurians in Laurasia, this large predator's coexistence with a smaller tyrannosauroid reveals important constraints on the transition of the apex predator niche in the Late Cretaceous," said senior author Professor Yoshitsugu Kobayashi, a paleontologist at the Hokkaido University Museum.