Study: Seeing Blue Spaces Can Help You Feel Better About Your Body Image

Body image is a multidimensional psychological experience of embodiment that includes one's body-related self-perceptions and self-attitudes, as well as thoughts, ideas, feelings, and behaviors. The self-perception of the physical self, as well as the feelings and ideas that come from that perception, is commonly referred to as body image.

According to a recent study, looking at rivers and other 'blue spaces' might help you feel better about yourself by restoring psychological resources like body images.

Walking down a riverside or strolling through a forest might have psychological advantages, but a new study from Anglia Ruskin University in Cambridge investigated whether gazing at pictures of such landscapes could do the same thing. 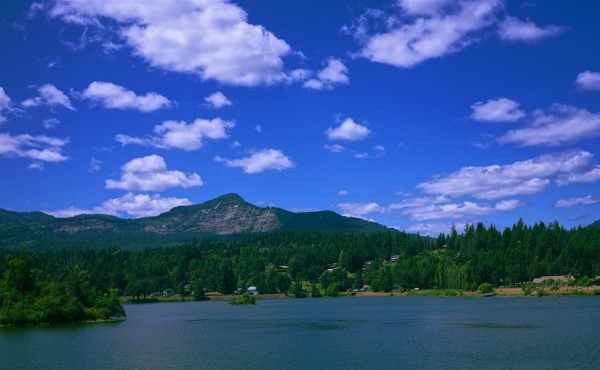 Viren Swami a Professor of Social Psychology at Anglia Ruskin University asked 168 volunteers to examine high-resolution photographs of green places such as woods, blue spaces such as rivers, or grey regions such as skyscrapers. Out of the three groups, they discovered that gazing ate blue areas such as rivers, oceans, and lakes, had the most influence on positive body image.

Natural sceneries, according to the researchers, might divert the brain from dark thoughts into more self-promoting actions, especially for people living in densely populated places like cities.

The volunteers must answer surveys before and after viewing the photos to evaluate if their views about their bodies have altered. Some people saw just a minor difference in the way they saw the skyscrapers or gray spaces, while others noticed a modest improvement in green spaces and the greatest increase in blue spaces.

This shows that grey environments had a detrimental impact on human body image, whereas the group that viewed blue landscapes with coastal views and rivers saw their average score rise from 3.35 to 3.98 out of 5.

Natural sceneries are thought to have the ability to repair psychological resources, which may explain why nature has an influence on body image.

Professor Swami claims that it is well accepted that exposure to nature has psychological benefits, including improved body image. However, as seen during the coronavirus lockdown, not everyone has access to nature, so they wanted to see if photographs might help people feel better about themselves.

According to a meta-analysis of 20 studies done over the last 35 years, the prevalence of mental illnesses is greater among those living in cities. People in cities have a disproportionately high prevalence of mood disorders and anxiety.

Residents with a sea view, on the other hand, saw their scores on the Kessler Psychological Distress Scale drop by a third of a point for every ten percent increase in the quantity of ocean they can see. 20 to 30% increase in blue space visibility might help someone go from high to mild distress.