Here's What Triggered Hurricane Ida to Intensify into a Monster Hurricane

Scientists monitor movement of Hurricane Ida into the Gulf of Mexico as giant swirling pool of water is headed in its direction.

The warm pool around 125 miles (200 kilometers) across was a warning sign that Ida will boost its power in less than 24 hours. It is feared that the hurricane that slammed the state of Louisiana will turn into Category 4 storm in just a matter of time.

Nick Shay, an oceanographer at the University of Miami's Rosenstiel School of Marine and Atmospheric Sciences, said that 'eddies' are helping with intensifying the storm into a monster hurricane, forming a circular or loop current.

Basically, when large warm eddies are shed by this current north of the latitude of Fort Myers, Florida, it could generate three of its kind in the Gulf. If by any chance these eddies form during hurricane season, this will impose huge risk to coastal communities around the Gulf. 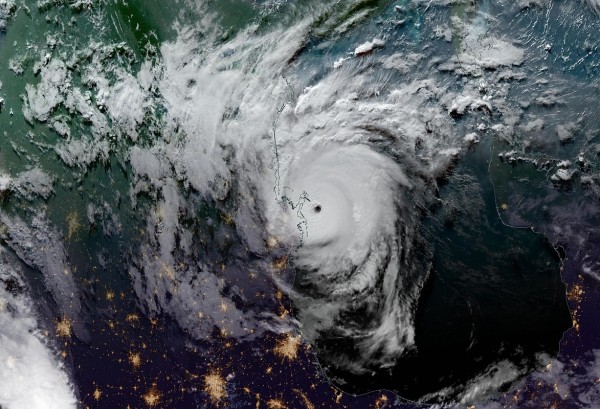 Unlike the Gulf common water, temperature is different in subtropical water and it inhibits strong salinity. This retains a considerable amount of heat for warm eddies, wherein when heat at the ocean surface is over about 78 F (26 °C), hurricanes can form and intensify.

With aid of satellites and atmospheric data, scientists are able to monitor such phenomenon, which in Ida's case, was going to be a problem.

Hurricane Ida passed over eddy that had surface temperatures over 86 °F (30 °C). When warm eddies in the wintertime energize its atmospheric frontal systems, this could lead to 'storm of the century', such as the Deep South snowstorms in 1993.

In an effort to determine Ida's impact, scientists measured temperature and salinity about 1,300 to 5,000 feet (400 to 1,500 meters) below the surface over eddy and found that eddy had heat down to about 480 feet (around 150 meters) below the surface. This implies that eddy will continue to warm and provide heat and moisture, supplying Ida with 'enormous fuel', speeding up a storm's pressure.

Impact of heat on rapid intensification

Meteorologists learned it the hard way that pools of ocean heat should be kept an eye on, so as not to overlook the development of a tropical storm, like what happened with Hurricane Opal in 1995.

Occurrence of warm eddies are most common right during hurricane season, along the Atlantic Coast, but more concentrated in the Gulf of Mexico and the Northwest Caribbean. If Ida intensifies close to the coast, disastrous effects is expected for coastal inhabitants.

Comparing the temperature measurements taken during Ida and other hurricanes from space would help scientists better understand the role that oceans play in the rapid intensification of storms and the power that global warming holds over this phenomenon.