According to an email from his father Jason to the Press, Cash Geiger grabbed a foot-long goldfish while fishing at the Fireman's Park pond in August.

The state of Wisconsin considers goldfish, which are categorized as Carassius auratus and belong to the same family as koi fish, to be a limited invasive species, according to the state Department of Natural Resources website. 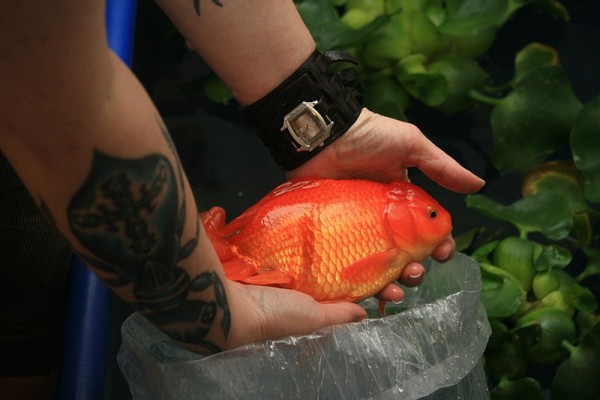 According to a CNN article about a similar catch in Minnesota in July, goldfish kept in captivity grow to be only 1-2 inches long, but in the wild within the United States, they have no natural predators and can cause poor water quality by uprooting plants and disturbing the sediment on the bottom of water bodies.

In the wild, ordinary domestic pets can grow to enormous proportions, wreaking havoc on ecosystems.

Please don't release your pet goldfish into ponds and lakes! They grow bigger than you think and contribute to poor water quality by mucking up the bottom sediments and uprooting plants.
Groups of these large goldfish were recently found in Keller Lake. pic.twitter.com/Zmya2Ql1E2

For an excellent reason, residents in Minnesota are being advised not to toss their goldfish in ponds and lakes. A giant goldfish was recently taken from Keller Lake by a fisherman in Burnsville, an unusual sight becoming more prevalent in the United States.

The enormous fish are said to be the consequence of pet owners tossing their unwanted goldfish into the lakes. When goldfish are released into the wild, they can grow considerably larger than in household tanks, causing an ecological disturbance in lakes.

Why do goldfish grow in open waters? 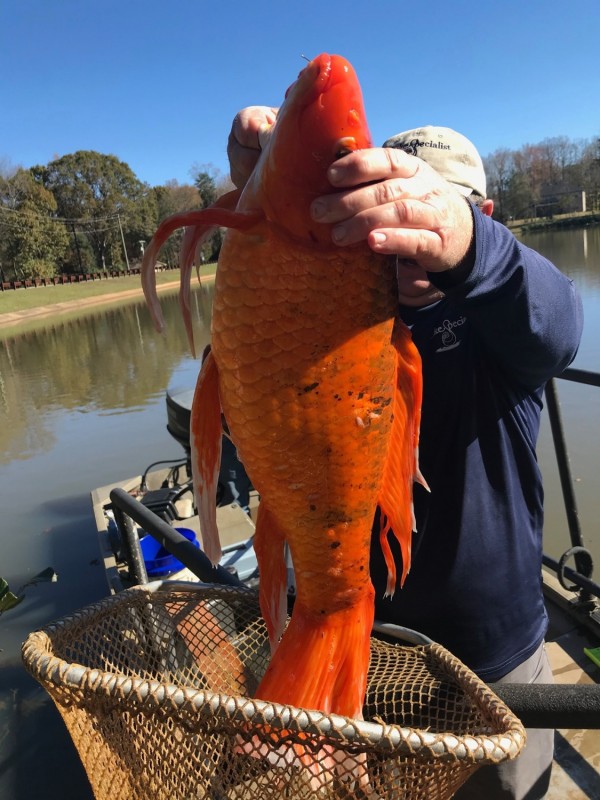 Carassius auratus is the scientific name for goldfish, which is a kind of carp. Most carp grow in response to their surroundings (or the amount of space they have) as well as the resources available to them. Domesticated goldfish, who eat fish flakes and reside in a small bowl, do not grow to be particularly massive. They may, however, extend to considerably larger lengths when exposed to open seas and more numerous food sources.

Goldfish are also carnivorous, which might explain their rapid growth. That's right: without those store-bought fish flakes, your pet goldfish would be pretty content to be scavenging native species' eggs at the bottom of a lake.

They're an invasive species, and they throw off the natural balance because they weren't designed to live in these freshwaters in the first place. Another reason is that they destroy local species by eating their fish eggs at the bottom of the lakes, causing damage to the flora that lives there. They can also infect marine life with alien illnesses.

What to do with an Unwanted Goldfish?

Please don't let your pet goldfish loose in ponds or lakes! They get bigger than you expect and mess up the bottom sediments and uproot plants, contributing to poor water quality.

Donate to an aquarium organization, a school, or an aquatic company in your area. Consult a veterinarian for advice on how to dispose of fish humanely.